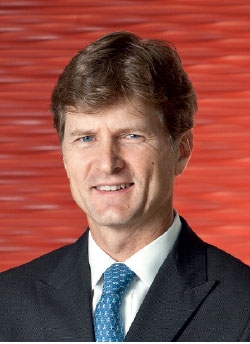 Enrique de la Madrid is a lawyer from Mexico’s National Autonomous University (UNAM) and holds a Master’s degree in Public Administration from the John F. Kennedy School of Government at Harvard University. He is currently the CEO of Bancomext, the Mexican Bank for Foreign Trade. Previously, he served as the Executive Director of Institutional Affairs and Corporate Communication for HSBC Mexico and Latin America. Before that, he was the General Director of Financiera Rural, the government’s development agency overlooking Mexico’s rural sector. He has also served as the Executive President of the Mexican Council of the Consumer Products Industry (ConMéxico). From 2000 to 2003, he was a member of the Mexican House of Representatives.

Since its foundation, how has Bancomext helped to promote Mexico’s foreign trade network?

Bancomext was established in 1937 to promote Mexican exports worldwide. Among development banks, Bancomext has a clear mission, which is to assist Mexico in strengthening its position in the global arena. We constantly work to develop exports, but also to finance imports, predominantly of machinery and equipment, as Mexico needs to increase its productivity through modernization. We are also helping to see a stronger internationalization of Mexican firms. And we need to see the Mexican content of our exports grow, which today is at a ratio of between 30% and 35%. Our goal as a development bank is to strengthen the growth of the country and boost employment. In 2013, our net growth in loans was around 34%. We basically grew at twice the average of other development banks. Bancomext is very much committed to the government’s goal of providing additional financing at lower rates.

How are the investment flows between Spain and Mexico developing, and how is Bancomext contributing to this?

We have around 16 firms that are either Spanish firms investing in Mexico or Mexican firms investing abroad. Of those 16 firms, around six are related to tourism, another six are related to sustainable energy, and two are from the auto industry. In the tourism sector, Spanish firms have already been present in Mexico for many years. The economic situation has been difficult in Spain over the past five or six years. Not only in Spain, but also in Europe as a whole, the possibility for these Spanish companies to grow in the local or regional market is not ideal. Mexico needs further investment in tourism, energy, and the automotive sector, and meanwhile there are large Spanish companies with world-class management, cutting-edge technology, and capacity that are keen to explore new markets.

How would you assess your work among SMEs, and how important are they for national growth?

As is the case in most economies, SMEs are the biggest providers of employment, and play a significant role in GDP generation. At Bancomext we are trying to do two things. On the one hand, we need to continue supporting the major exporters, while on the other, we want to see a greater participation of SMEs in global supply chains. For example, the number of SMEs we support grew by 135% over 2013. Last year we increased our agreements and our programs with the private sector from five to 11 banks. What we do is provide them with financing and guarantees, where the latter can represent up to 70%-75% of a loan. What really happens is that these banks are then willing to take on a much higher level of risk. Overall, the SME sector has the most potential for productivity growth. We don’t only want to increase the number of firms, we also want to establish a national content target. We really want to participate in an effort that goes well beyond Bancomext’s traditional role. This is an initiative that we will be working on with the Ministry of Economy and with ProMéxico.

How will financial sector reform affect the banking sector, and what are your expectations?

The effects of the reforms will manifest themselves gradually but consistently. What will happen at the end of the day is that the volume of loans in the economy will grow. Today private sector loans account for 26% of GDP; the expectation is to arrive at something close to 50% within the next 10 years. If this occurs, it is estimated that GDP growth will rise by at least half a percentage point. If you add to that what is happening in the energy and telecommunications sectors, as well as in other areas, Mexico will be able to grow by at least 4% or 5% per annum. We are working toward an erosion of all obstacles to lending in Mexico. These are good years for development banks because the reforms entail more flexibility and autonomy. Significant reforms took place over 2013, but President Peña Nieto’s administration and the political parties are wise enough to recognize that through participation they were helping to advance their own ideas on how to create a better Mexico.