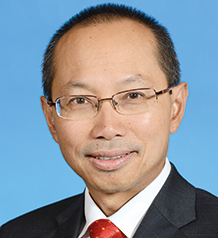 Before his Ministerial appointment in 2013, Dato’ Sri Abdul Wahid Omar served as the President and CEO of Maybank. During his tenure, he led Maybank to become a leading regional banking group and received the Asian Banker Leadership Achievement Award 2013 for Malaysia. He was appointed a Minister in the Prime Minister’s Department in June 2013.

Share on:
In your view, what structural adjustments should be made to the Malaysian economy to ensure its resilience to a challenging external environment? We have diversified our economy over the years […]

In your view, what structural adjustments should be made to the Malaysian economy to ensure its resilience to a challenging external environment?

We have diversified our economy over the years to ensure that we are not overly reliant on any one sector or economic activity. There was a time when Malaysia was predominantly dependent on the commodity and agriculture sectors. Yet over the years we have promoted and developed other non-commodity based and agricultural sectors of the economy, which today have become more dominant. For example, the services sector now makes up 55% of GDP, while the manufacturing sector makes up a further 25%. The construction sector contributes 4%, while mining and agriculture make up 8% and 7%, respectively. At the same time, we have also reduced our reliance on oil and gas revenues, which at one time accounted for over 40% of total government revenues. We have deliberately reduced this level to the point where it is now below the 30% mark. Having said that, we remain a net exporter of oil and gas. Therefore, with the current slump in oil and gas prices, total government revenues will decline. Thus, we need to make the necessary adjustments in terms of the 2015 budget. And this is exactly what we did on January 20th, 2015, when the Right Honorable Prime Minister announced measures to deal with the “new norm“ in terms of the lower prices of crude oil and gas, market volatility, and changing global circumstances.

How would you assess the success of the 10th Malaysia Plan?

We are essentially on track with the broader objectives of the plan, which is anchored on the New Economic Model (NEM). We have focused on three core components of NEM, namely high income, inclusiveness, and sustainability. With respect to high income, we have set a target of $15,000 gross national income (GNI) per capita to be achieved by 2020. Based on our progress to date, we have crossed the $10,000 level, and if we remain on track, we will be able to reach the target as early as 2018. In the case of inclusiveness, we want to make sure that as Malaysia achieves economic progress no one is left behind. This is approached from a number of perspectives. Firstly, we need to increase household income, and we have been able to do this through our efforts at improving productivity and introducing a minimum wage framework. For sustainability, it is not just a question of how we treat the environment or manage our natural resources, but also involves effective management of government finances. In managing Malaysia’s natural resources, as much as we are blessed with oil and gas, we need to ensure that we are extracting less than the new reserves being discovered. We are happy that we have been able to maintain our oil reserves that can last us for a further 28 years and gas reserves that can last us for another 42 years. In terms of managing government finances, we realized that, during a crisis, there was a need for the government to prime the economy, which resulted in a much higher deficit of 6.7% of GDP in 2009. Such deficits are unsustainable, whereupon we embarked on a fiscal consolidation program. We are now working to achieve a balanced budget by 2020. We have consistently reduced the deficit over time, and in 2012 we reduced it to 4.5%. In 2013 it was at 3.9%, and in 2014 it was further reduced to 3.5%. This year we had targeted a reduction in fiscal deficit to 3%, but given low oil prices, we have since revised that target to 3.2%. As part of managing government finances, one of the key measures is the introduction of the Goods and Services Tax (GST), effective April 1 of this year. This will broaden our revenue base significantly. Although net income to be generated for this year will be approximately $228.15 million, there are other indirect benefits to GST such as enhanced tax compliance, which will further boost government revenues.