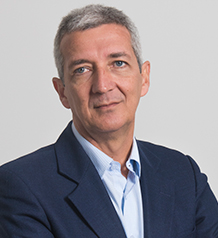 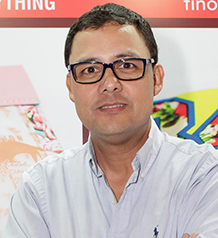 Share on:
After a trying period with the devaluation of the peso, textile manufacturers and companies are getting ready for better times ahead.

Fabian Duque 2015 was a wakeup call for Finotex as we saw the dollar increasing, which generated many uncertainties and difficulties. Nevertheless, we saw positive earnings in 1H2015 compared to previous years. In 2H2015, we saw a boost in the local textile industry. It benefited from a stronger dollar, which made it more difficult to buy abroad and increased demand from local players. For Finotex, this made it easier to export as well as increased the size of our local market.

How can the textile industry in Colombia compete against other markets?

CAJ Turkey could be a good point of reference. The Colombian industry cannot be a low-cost producer, but it can instead provide high-quality, added-value products. Colombia has to be an innovative player with technology in the textile world, and countries such as Turkey or Brazil can be a reference for Colombia.

FD Colombia has a strategic plan not to compete in basic products because it is not competitive in this segment in terms of labor costs. We are competitive when we provide added value to clothing and other products because then we can serve certain specific niche markets where Colombia is well recognized. This is where we should focus our marketing.

How do you balance the implementation of new technologies with providing employment?

CAJ Implementing new technology can be challenging in the textile industry; however, it is ultimately necessary because if a company focuses just on trying to maintain its number of jobs, it will become inefficient, after which point everyone will lose their jobs. A company has to be accountable and maintain high productivity levels in order to remain competitive, and that is the idea we implemented at Fabricato to turn it into a profitable business again. A profitable company can increase its production and consequently can generate new jobs.

Why do you think some SMEs lack ambition to go abroad and succeed as exporters?

FD The most important factor is to believe in what you produce. Sometimes Colombian companies need to believe in their potential and their strengths. There is a great deal of talent in Colombia that has not been successfully harnessed yet. Some years ago I led an industry cluster delegation from Colombia to events in Europe, the US, Mexico, and Central America. Of the companies involved, only two were able to consolidate important proposals; the other companies did not want to invest in order to go abroad. You need to have the right culture and ambition within the company and some Colombian companies lack this.

How important is the textile industry in Medellí­n?

CAJ This industry is important for Medellí­n. The city is acknowledged as one of the main places for the textile industry worldwide, so it is the right place to be for a company like ours. We see a strong level of know-how in Medellí­n. Colombia is also an important domestic market, as the people like to consume fashion goods.

Finotex competes internationally with several companies. What factors have helped you achieved that position abroad?

FD From the beginning, when the company was founded we focused on providing a standard of service you would find in the US or Europe. We have worked on this through R&D and investment. Part of this growth was due to our location in Barranquilla; we are close to the sea, which makes us more outward looking compared to other cities in Colombia. The natural focus is to look at opportunities abroad because it is cheaper for us to take advantage of the ports’ infrastructure. Step-by-step, we have increased our presence in the international market.

What are your expectations for2016?

CAJ We expect 20% growth in our business. We downsized the company and focused on certain business units in order to be efficient. We will grow while remaining efficient and that is mandatory for the industry, which we expect to do well thanks to the local market.

FD 2016 will be a positive year. At the industry trade fair in Medellí­n in January, the outlook and atmosphere was optimistic.