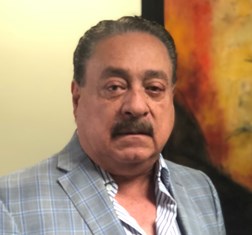 Guillermo Garcí­a Alcocer was ratified by the Mexican Senate as the Chairman of CRE in 2016. He headed the technical group responsible for proposing and successfully negotiating the constitutional changes with Congress to bring about the energy reform measures of 2013-2014. Prior to becoming chairman of CRE, he held different positions at the Ministry of Energy, including Head of Public Policies on Exploration and Extraction of Hydrocarbons. He studied economics at the Instituto Tecnológico Autónomo de México (ITAM).

Share on:
Far from scrapping the essentials of the 2013-14 energy reform, the government is working overtime to bring collective distributed power generation to every part of the land.

What major projects will the CRE be focusing on in 2019?

For 2019, one of our main projects will be collective distributed power generation, which is similar to Uber, but for solar panels. This raises the collective ownership of a solar panel on a roof. For example, one building could have a solar panel to provide energy to the whole neighborhood. This energy model allows this building to provide other buildings, small businesses, and homes with energy. They could pay for the transportation of energy and still benefit from lower prices. The CRE is working on this regulatory piece. Furthermore, when combined with technology, such as blockchain and other collaborative economies, distributed power generation could bring new business models to the market. Another important issue is the use of energy storage in Mexico. We are working on this regulation and started in 2019 with modest regulations for what storage means. The definition was vague and unclear in international practice. With the storage of electricity, in the future it will be possible to offer many products, for example, power or distribution. We decided to define it as the storage of electricity itself, whether it be fuel or otherwise. There is a next generation of regulation that will come in terms of describing each of the services that storage provides. Currently, there are 17 or 20 different services. We have to try to allocate the new vision of the president into our work by helping as much as we can in terms of building energy sufficiency. Defining electricity storage is also important to stop the use of dangerous forms of fuel. Even though 98% of the population has electricity in their homes, if you look at the fuel they use for cooking or heating water, the presence of good fuel is only 75%-80%. About 11% of households in Mexico are still using wood. With permission from CRE, the same channels of distribution could be used to ensure people get good fuel instead of wood. We want to set up regulation that makes it easy for small storage facilities to comply with regulations.

How can Mexico assure investors about their projects, considering the recent governmental cancellations?

Every government cancels and goes through a process of surveying the policies that were implemented by previous governments. I have been part of five changes in government and seen this every time. During the last administration, while I was in the Ministry of Energy, the minister cancelled the Ramones pipeline because he wanted to review the process himself, before ultimately restarting it. We have to remember that this is legitimate and is something that happens all over the world. There will be some minor modifications in terms of having a stronger PEMEX, but that is public policy and something the government will justify on its own terms.

What changes will the Energy Reform go through in the next six years?

All of the energy liberties we have enjoyed since the reform are still intact, and there are public declarations by the main actors specifying that the constitution will not be amended, at least not in the next three years. We are giving the reforms the chance to prove they work. More than 50 new solar plants are now in operation in Mexico. For example, more than 65% of the capacity of the first electricity bid is now in operation, not to mention 20% of the second. The third bid is still in development, but will become a reality if we allow it the time it needs. The tools may change somehow, but what is more important is to try to strengthen state-owned companies.