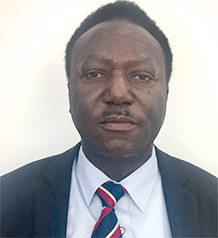 Come one, Come all

Clifford K. Tandari is the current Ag. Executive Director of the Tanzania Investment Centre. He was appointed in April of 2016 and was previously an Assistant Director at the Ministry of Finance and Planning in Tanzania. He was educated in Australia at the University of New England.

Share on:
TBY talks to Clifford K. Tandari, Ag. Executive Director of the Tanzania Investment Centre (TIC), on the positive investment climate and enticing the private sector to participate in infrastructure growth.

How would you classify the current economic situation in Tanzania for investors?

The environment for investment at the moment is great, both for domestic investors through venture arrangement and through foreigners when they come to invest. The government has consistently been trying to create a conducive environment for investors. There is policy that is supportive for investment; the regulatory framework is great, although there are some areas that conflict between TIC, investment law, and the Ministry of Finance through the Tanzania revenue authority with the 2014 VAT law. There are some areas that have conflicts but otherwise the investment climate is positive.

What is the infrastructure plan to make Tanzania a more attractive place for investors?

The private sector is invited to participate through a PPP arrangement, for example. We want those kinds of investments to happen here in Tanzania, where private companies are able to construct roads and charge extra so that they are able to recoup their investment. They could even introduce trams where seated passengers could pay more. People would be willing to pay more to reduce traveling time, and these are the areas where the government is ready to invite the private sector to come and invest.

How would you respond to the investment concerns of changing tax regimes?

This issue is still being debated within government as we act as a bridge between the investors and the government. It is true that investors are complaining the VAT rule is affecting them, especially the companies that do not allow for grandfathering. The concept of investment incentives is to allow a little bit of incentive in terms of capital goods, goods that are used within construction and production. If we allow for incentives through tax, then companies can operate and build up industries, for example. That alone is useful to investors. The largest taxpayers now in Tanzania grew through these institutions; they were exempted and received tax incentives, and now they are the largest taxpayers in Tanzania, such as Tanzania Breweries and the Tanzania Cigarette Company. These companies grew through TIC as a result of such incentives.

That is indeed our goal because we have a five-year development plan that is in line with the ruling party manifesto, which both talk about industrialization. We aim through the industrialization strategy to be able to double FDI. We attract investors to come and invest in manufacturing industries, and in that way we are open now to value addition industries with textiles, gas, food, and many other industries. We would like to see the president every month lay a foundation stone for an industry to manufacture something through value addition items. We would like to see the honorable minister responsible for industries, trade, and investment also busy with laying foundation stones in various regions of our country for industries, and we hope everything remains the same. We hope that with industry we will be able to double FDI. Also, we seek other investment opportunities, like managing to secure the Uganda Tanzania pipeline construction, which is a USD4 billion project coming through Tanzania. There are plans for an LNG plant through a conglomerate of about seven companies, which is worth USD20 billion. The Central railway line will represent almost USD8 billion once it is constructed, and we hope to get something. The new Bagamoyo Port and free zone, which the Chinese via the China Merchant Company seek to construct, will also bring some benefits to the economy, as there will be associated sales there. This is still under negotiation but the prospects are quite high.