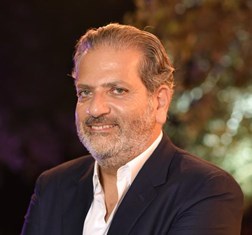 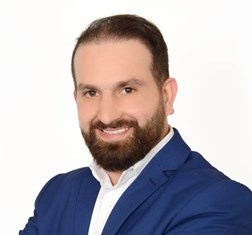 Share on:
€‹Without regulatory frameworks from the government, the private sector is doing the best it can to implement countrywide, fiber-optic infrastructure.

How is the fiber-optic network in Lebanon going to be accomplished?

MAROUN CHAMMAS Lebanon is divided into two main areas: the dense areas such as Beirut, Tripoli, Saida, Tyr, and Mount Lebanon, and the rural areas. Our estimate is that it would take three years to lay down a modern fiber-optics infrastructure in Lebanon. Part of that new infrastructure will be fiber, and part of it will be fiber to the cabinet or curb (FTTC), as in street curb. Within the next three to four years, most of the populated areas in and outside of cities, or in other words 90% of the population, will have either fiber optics, 4G-fixed wireless, fiber to the home (FTTH), or FTTC; that is the goal. IDM is only doing FTTH because the government-run Ogero will be mainly focused on FTTC. We will be able to rent fiber optics where Ogero has laid its own and even have the right to install fiber-optic cables in places where it is absent. The challenge now is to do it as soon as possible. The lack of modern regulatory framework is another hurdle. Unfortunately, there is no regulatory framework for telecoms; there was one but it was later dropped. If you want to apply international best practices, you have to have a regulatory body, whether it is for communications, transportation, or oil and gas. In Lebanon, the situation is usually managed as best as companies can due to the lack of clear-cut regulations and frameworks.

MOHAMAD DIAB Currently, there is a disagreement between Ogero and the Ministry of Telecommunication. Despite Ogero offering lower costs, the Ministry of Telecommunication gave the contract to build Lebanon’s fiber-optic network to Global Data Services (GDS), another private company. According to the Ministry of Telecommunication, the contract was allotted years ago; however, Ogero Telecom went to court and won the case. Although the court’s decision allows GDS to work on some specific areas, Ogero will be the biggest stakeholder in the contract. Multiple parliaments took initiatives over the last 10 years to form new laws and regulations for IT and telecoms; however, those initiatives are yet to reach fruition. We hope that the new parliament will undertake well-thought-out steps for the sector, because it is one of the most important pillars of any modern economy; a solid infrastructure network is a must to attract foreign investors.

What has been IDM’s impact on the IT market in Lebanon?

MC IDM is the result of a merger of three companies: Data Management, IncoNet, and Cyberia. IDM Cyberia is part of the same group now. We went through two mergers because it was important to reduce costs and gain a larger market share. These were friendly mergers alongside the one that joined us with GDS, which has the infrastructure and license as a data service provider (DSP). The group today is responsible for the largest market share in the private sector. Over the past six months, we also acquired Cablevision and Econet, two major cable providers in Lebanon. As a result, the group is an important provider of connectivity and content. In terms of the impact on the ICT market, IDM is a serious player aspiring to provide the best services at competitive prices, which gives the consumer a smooth experience and satisfaction. We always try to create the best experience, which is why we use a lot of technology to reduce delays.

What sectors are most important for Tecomsa in Lebanon?

MD We are eyeing opportunities in Lebanon’s finance and health sectors. For example, we are working with an Australian company on a big project that comprises of five hospitals; however, the project is currently on hold due to political reasons. In 2018, we started two new divisions, the software development division and the digital marketing division. Our plan is to build a strong team in 2018 to conduct good business with companies regarding software development. Our aim in the software division is to make software as a service in the cloud with applications. We are working on some specific software that can also be sold in international markets.