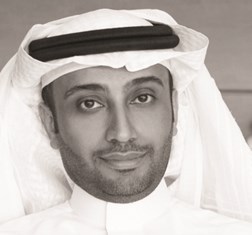 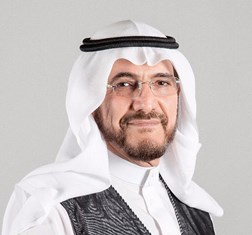 Share on:
Vision 2030 has been a green light for all real estate developers to seize the great opportunities provided.

How has Vision 2030 impacted real estate development in Mecca?

Abdulrahman Abdulkader Bajunaid Saudi Arabia in general—and the real estate market in particular—changed radically after April 2016, when Saudi Vision 2030 was announced. Vision 2030 has regulated the market and created exceptional opportunities, driven by clear goals that constitute a real breakthrough. The only challenge is the lack of companies that specialize in building and contracting to address the growing demand for megaprojects. There are an unprecedented number of government initiatives being announced to meet Vision 2030’s goal of raising the number of Saudi homeowners to 60% by 2020 and 70% by 2030. Fueling this is the development of a residential property market ecosystem, and previous difficulties in the sector have been addressed by the introduction of these new organizations. The road is now clear for real estate developers from within Saudi and beyond to seize major investment opportunities.

Majdi M. Hariri There are three major pillars for Vision 2030. The first one is the Islamic and Arab depth of the country because of Mecca and Medina. The second is the Kingdom’s geographic location between three continents. The third is our economic base. Our Islamic depth is all in the holy cities. One of the 10 points of Vision 2030 is increasing the number of pilgrims from 6-8 million to 30 million by 2030. This is the impact the vision has on Mecca. This has given us the confidence to expand and produce more units. We are not afraid of reaching a stage where demand is less than supply in Mecca. Demand, according to the vision, will increase for the foreseeable future.

What impact have you had on the Saudi housing sector?

AAB Since its launch, Rafal’s objectives and project strategies have focused on three pillars: creativity, innovation, and high quality. We have changed the face of the capital by developing innovative architectural and aesthetic landmarks that have added a contemporary touch to the urban landscape, infused with authenticity. In terms of creative housing solutions, Rafal is proud to be the first to establish vertical housing in the Kingdom. No one in Saudi Arabia ever imagined that they could live in this style due to privacy concerns; however, we have successfully built vertical housing in several suburbs, maintaining residents’ privacy in an environment with a unique aesthetic.

MMH We started 20 years ago in Mecca, and all our projects have been based there. Earlier in 2018, we began negotiations for housing projects in Jeddah and might begin there by early 2019. We will have one private project of 550 flats on the Corniche and one with the Ministry of Housing that consists of about 1,400 flats. The opportunities in Mecca have always provided better returns for us so we never sought to expand. We are expanding now, however, and recently finished our strategic plan for the next 20 years. In the next five years, we want to start projects in other cities in the Western Region. Our main expertise is in housing; to date we have built around 5,500 units, all in Mecca.

What are your expectations regarding the increasing openness of the real estate development sector?

AAB The Kingdom undoubtedly seeks foreign investment, and the opportunity has been met with great international acceptance. Projects such as Neom, the Red Sea development, and Qiddiya are proof of this. There are many large international companies, such as Softbank, Virgin, and Marriott International, that have expressed their interest in investing in these projects, and there is strong support provided by the Public Investment Fund to develop an infrastructure that will entice more investment. This cements Saudi’s determination to provide an ideal environment for investors, both local and international.

What differentiates real estate in Mecca from other parts of the country?

MMH The major difference is that Mecca hosts Hajj and Umrah, and the population increases from 2 million to 7 million in just one month. In five days, the population changes dramatically, and it can last six or seven weeks. It is a seasonal city, which thus represents an opportunity and a challenge. The government is opening up the city more, and other countries are sending ever more pilgrims. Real estate for short stays as well as permanent residents present the best opportunities. There is great demand for buildings for Hajj and Umrah. Hotel services are always required.