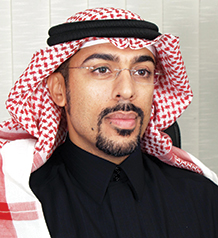 Fawwaz Bin Abdullah Al-Khodari is the CEO of Al-Khodari Sons. He studied Accounting and Business Studies in the UK and has over 25 years of experience in his sector. Before his current post, he acted as President for seven years. He is also the Chairman at Al-Khodari Travel and Tourism Agency, Abdullah A. M. Al-Khodari Sons Investment Holding Co., Karrena Arabia Co. Ltd., Arabian Refrigeration Center, Masahat Real-estate Company, and Hamon D’Hondt Middle East.

Share on:
TBY talks to Fawwaz Bin Abdullah Al-Khodari, CEO of Abdullah A. M. Al-Khodari Sons Company, on recent drivers of success, how oil prices have affected business, and what he expects the remainder of 2015 to look like.

Comparing 4Q2014 to 4Q2013, Al-Khodari Sons increased profits five-fold. What were the main drivers behind this recent success?

In regard to profitability, while we have had better years the margins have been dampened by the Saudization initiatives that took place. In a company with 23,000-28,000 employees and an 8% Saudization requirement, it means we have to do our best to recruit the number required to meet that quota. In the construction field, it is tough. To explain our success in the past quarters, we have to also say that we are involved in auctions that sometimes skew quarterly results. Thus, we try to look at yearly results for a more accurate picture of our success. We are happy with the performance of 2014 because we are on the upswing of improving our margins as compared to the year before, and it is a positive improvement from the 2013 results. We are back on the uptrend despite what we have encountered with Saudization. Slowly, we are getting out of our backlog of revenue stream, and now we have more business that has been priced with these costs in them.

How is Al-Khodari Sons planning to expand its presence outside of the Kingdom?

Our growth strategy includes the Middle East and Africa, but, of course, that is a lot of countries. We will be making assessments country to country, which will dictate where we choose to look into. Egypt is a country with a great potential right now, and countries similar to Egypt would certainly be taken into consideration. In Africa, other countries where significant spending on infrastructure is going to be put out also have potential. In the Middle East, we have to be extremely selective; however, when opportunities arise we look at them. Right now, we are looking at the UAE, Qatar, and Kuwait. Our concentration is still on Saudi Arabia because that is where the major spending is going to be.

What effects have the oil prices had on projects now and megaprojects down the road, and how has Al-Khodari been impacted?

Today is different than when the oil prices dipped in the mid-1980s when we had very little, if any, reserves, and the deficit was high. This is the only time when we have had strong reserves that are not required to fund the whole budget but can be used for any deficits that may appear. There should be plenty to sustain the dips, even if they are prolonged. The government has been clear that the budget will be prioritized toward infrastructure and it will ensure that the Saudi citizen is well cared for.

What is your outlook for the construction sector over the long term?

You have to split the sector in two with essential being infrastructure and social, and then non-essential, which by and large are the ones that are going to be slowed down. Part of infrastructure is impacted directly by the drop in oil prices, and in 2015 and 2016 will be impacted especially. The construction sector is still buoyant in some areas; however, some contractors are witnessing a slowdown right now if they are involved in non-essential construction.

What are your expectations for the remainder of 2015?

We have already announced the revenue for the first quarter, which came to SAR1 billion, and that alone is a comforting indication that we are still moving along on our growth strategy. We are currently doing many projects, and our model is to have a much larger amount of projects of medium size rather than just three or four large ones. We do that for risk mitigation, and that way it does not have a material impact on our growth strategy.