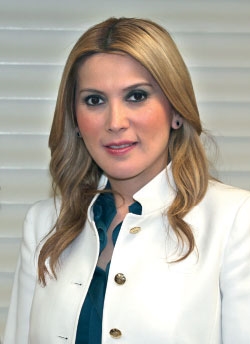 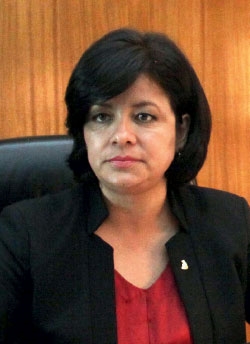 Share on:
How do your different regions respectively contribute to the overall Mexican economy? What are some of your comparative strengths? MARTHA HILDA GONZÁLEZ CALDERÓN Toluca as a city has emphasized the […]

How do your different regions respectively contribute to the overall Mexican economy? What are some of your comparative strengths?

MARTHA HILDA GONZÁLEZ CALDERÓN Toluca as a city has emphasized the development of its industry. Over the past 30 years, two sectors have taken the lead in this industrial development; the pharmaceutical industry and the automotive parts sector. These are not the only highlight of our development of the past three decades; we have also become a notably attractive city for students. Many youngsters come here with high hopes of finding new educational opportunities. We host the Universidad Autónoma del Estado de Mexico, as well as the Instituto Tecnológico y de Estudios Superiores de Monterrey. One in every three inhabitants of Toluca is a student. Over the years we have worked to strengthen ties between the private sector and the higher education sphere, so the former can better benefit from the qualified and skilled graduates coming from the latter. The services sector has also enjoyed steady and positive development. For example, we have been an attractive destination for business tourism, with companies like General Motors, Pfizer, and Bosch operating here, among many others. Currently, we are paying special attention to the development of MICE tourism. One of the strengths I would like to mention is the cultural heritage of the entire region, embodied in an interesting and diverse year-round schedule of events. We also have several cultural, academic, and economic exchange programs with countries such as France, Italy, Spain, Argentina, China, Japan, Korea, and Bosnia and Herzegovina, among others. These exchange programs have also been useful in attracting foreign investment into the city, as well as in supporting the business activities of local companies in those markets.

MARGARITA ARELLANES The economy of the metropolitan area of Monterrey has been maturing for many years. One of its primary strengths is its diversity, along with the strong role education plays in it. Entrepreneurship is also an important element, and this has been a major focus of our Economic Development Plan 2012-2015. I should also mention the regulatory changes we have adopted, as well as the facilitation of many bureaucratic steps for companies and entrepreneurs, as the direct result of this has been increased economic competitiveness. Human resources are one of our main strengths. In sum, Monterrey is an industrial region with high quality services, and these elements together have allowed us to stand apart from other economic areas in the region.

What is your outlook for your region? What are your priorities?

MHGC Our main goal is to become a city fully capable of welcoming all those wishing to discover it. Mexico is at a crossroads, and must implement much-needed reforms to move into the future with optimism and greater prospects.

MA In 2012, Monterrey received seven times more investment than the national average. We are a leading region in terms of innovation and competitiveness, and we rank number one for regions with the most patents generated. Our main strength is our human resources and the fact that we are able to maintain a high degree of specialization in our staff. The future is bright, and the expected economic reforms will only make us more competitive. We will continue consolidating our macroeconomic figures, while making sure we contribute to the social development of our people.

Which economic sectors have the greatest potential to attract investment?

MHGC The pharmaceutical and automotive sectors, as well as logistics, offer some interesting business opportunities. The fact that we have become a recognized student city also provides plenty of opportunities. The service sector is an attractive industry for investors. In addition, our exchange and cooperation programs make the city even more competitive from an economic perspective.

What about the role of medical tourism in the local economy?

MA This segment has been developing rapidly over the past 15 years. However, due to security issues many of the region’s economic developments ground to a halt in 2009. Fortunately, in 2012, we managed to get back on our feet and again experienced positive economic trends, which have enabled us to boost several economic areas such as medical tourism. Our hospitals, in both the public and private sectors, have the latest technologies and some of the most talented professionals. Our proximity to the border with the US has attracted many citizens from Texas, and we believe that in the near future we can attract even more US citizens.