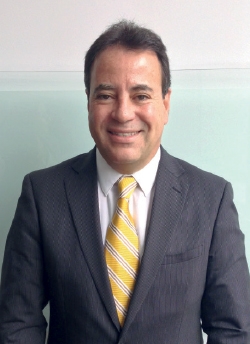 Credit Where Credit’s Due

Carlos Iván Villegas Giraldo holds a qualification in advanced management (PADE) from INALDE Business School. He has held a number of positions over the course of his career, including President of the Instituto de Fomento Industrial (IFI) from 1999 to 2001. He has experience of over 25 years, particularly in design and organizational restructuring, and in recent years has been linked with investment funds in New York.

Share on:
What underpins the current strength of the Colombian real estate sector? Colombia has registered growth over the past decade that has generally come from civil works, namely construction. This economic […]

What underpins the current strength of the Colombian real estate sector?

Colombia has registered growth over the past decade that has generally come from civil works, namely construction. This economic growth has given the Colombian people purchasing power, whereby the demand for housing has grown.

What leads you to believe that this is not just a real estate bubble?

A real estate bubble usually occurs for reasons related to demand. The last real estate bubble in Colombia, in around the 1990s, stemmed from the money generated by the illegal drug trade that allowed properties to be acquired at any price. Today, there is no bubble because the source of the demand is from people who are actually buying housing for personal use. It is a rising standard of living that has led to robust demand. Meanwhile, major cities such as Bogotá, for example, today face a shortage of construction space, while high demand raises prices.

In which areas of the country do you expect the greatest growth in real estate?

The free trade agreements that Colombia has recently signed will boost the development of many sectors. For example, the Pacific Alliance will require more ports. There is considerable potential in road construction as well, and cities on the Atlantic Ocean like Barranquilla will see considerable development opportunities.

What is the current function of CISA and what kind of solutions do you offer people in debt to the state?

CISA was created in the 1970s as part of a major group called Banco Central Hipotecario. This group had three subsidiaries, one of which was CISA. The initial purpose was totally different, mainly because Banco Central Hipotecario underwent nationalization. The government takeover saw several years of dormancy for CISA. The financial universe of Colombia fell into a deep crisis between 1998 and 2000. At that time it was divided into the private and public sectors. The government created credit lines as a lifesaver for the private banks to survive the crisis and liquidated all state sector banks. The assets remaining from the official financial sector, were transferred to CISA. Its purpose was to move all of those assets, coming from debt or as goods, which CISA did for the first decade of the 21st century, recovering billions of pesos in the process. The government has also tasked CISA with the responsibility for moving all unproductive assets owned by the state, and handling outstanding debt, which is today limited in nature. We also receive real estate from various governmental entities, such as the Ministry of Trade. Accordingly, it transferred the free trade zones to us, including Barranquilla, Cartagena, Cali, Cúcuta, and Santa Marta. The purpose of CISA is not to own assets, but rather to monetize them and transfer the resulting revenue to the National Treasury.

How does the state benefit from CISA’s management?

The benefits are huge, as we divert our energy to assets that create costs for the state. If you visit any city in Colombia, the local government has assets that it cannot monetize, and is therefore losing money. Our core function is to be a source of revenue for these entities. Money can be channelled wherever needed, and invested in such areas as education, infrastructure, or health. We have generated more than $5.5 billion for the state since inception. In 2013 alone we made deals for the state in the order of Ps0.5 billion, or $250 million. We are now also going to auctions, doing exactly the same thing as we do with the other assets. We help monetize idle assets, and those wishing to participate at auctions merely log into CISA for all information on our assets.