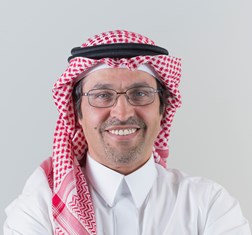 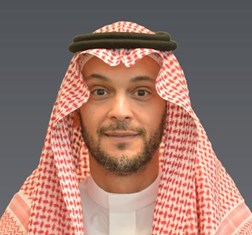 Share on:
Crown Prince Salman is opening up the Saudi society by normalizing entertainment activities and showcasing the country's largely untapped heritage and culture to the rest of the world.

What ideas did you present at the Cannes Film Festival in 2018 and what are your ambitions for the film industry in Saudi?

AHMAD F. AL-MAZIAD The 2018 Cannes Film Festival was an historic moment because it was Saudi Arabia’s first-ever official participation and an opportunity for us to highlight our creative and filmmaking talent, while letting the global film industry know that we are open for business. Some of the media dubbed Saudi as the star of this year’s festival, and our press conference was attended by 73 media outlets from all over the world. We showcased nine short films in the Cannes Short Film Corner and held workshops on a broad range of topics, including Arab women filmmakers and production capabilities in the Kingdom. We look at our ambitions for the film industry in two ways—in Saudi for Saudi and in Saudi for the world. To support Saudi nationals, we announced a National Fund to support young Saudi filmmakers and a grant program for training Saudi nationals, both men and women, to study abroad at globally recognized educational institutions. To show what we offer to the global film community, we announced our incentive program, which is probably one of the most generous programs in the world. Filmmakers will get 35% cash back on expenses in the country, and when they employ Saudi talent, we will reimburse 50% of those costs. In addition, our incentives will lead to further job creation opportunities in all aspects of film and production and the industries that grow up to support them including accommodation, transportation, and catering.

How did you establish entertainment as an entirely new industry?

FAISAL S. BAFARAT When GEA was established two years ago, we formulated the three key challenges for the establishment phase. The first was to integrate and ease the procedure for event organizers to organize an event. It could take up to nine months to apply for the necessary licenses at different government entities. We centralized it and cut the approval down to 48 hours. Secondly, we needed to address the Saudi market’s acceptance of the opening up of the entertainment sector. People are naturally resistant to change, and entertainment was essentially absent in the Kingdom as an industry. We have defined 17 categories of entertainment including theme parks, entertainment centers, live shows, theaters, cinemas, e-gaming, and guided tours. We were the first to introduce families to stadiums for our shows; there was a female performer on stage for the first time. The third challenge was to convince international entertainment providers to come in. In the beginning, it was a challenge to invite international IP owners to come to Saudi Arabia, and now it is the reverse; they are knocking on our doors. The fourth challenge was to take stock of our venues and infrastructure and ensure that they were properly equipped for large crowds and the activities we wanted to organize. Princess Noura University has a world-class theater venue that is now part of the entertainment ecosystem. Many of the public parks are now used for street festivals and other activities.

What is your message to the business community in Saudi Arabia and abroad to participate in the cultural sector?

AFA Culture and entertainment are amongst the main programs under Vision 2030, which speaks of the government’s commitment to culture and the sizable budget allocated to it. To be sustainable in the long run, the private sector needs to develop a sustainable sector where young Saudis can thrive. There is an opportunity to pioneer in this field now because the Saudi filmmaking industry is nascent. Films require an infrastructure to be produced, and the private sector can develop these studios. This industry has the opportunity to become a multi-billion-riyal industry.

How do you actively attract foreign or local investment into the opportunities being created?

FSB After these two years of establishing, we entered the development phase, where the first challenge was to engage the private sector. On that front, we organized the LA Entertainment Summit during the Crown Prince’s visit to the US. This sparked the announcement of several deals, including deals with Disney and National Geographic, with the latter agreeing to develop the first Virtual Reality City experience outside of New York in Riyadh. Furthermore, we signed a five-year agreement with Feld Entertainment and Cirque du Soleil to execute their shows. With Marvel, we agreed on the development of a theme park in the Kingdom. In late 2018, we will organize a local entertainment summit to present new investment opportunities in the sector.