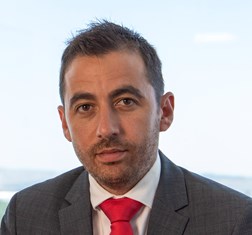 David Barrero, a professional forged in the express transport sector, has a master’s degree in business management and administration. Since his professional beginnings almost 20 years ago, he has performed functions in different areas encompassed within this activity, including distribution and sales, as well as the development and implementation of projects, change management, efficiency, and team motivation.

Share on:
Correos Express aims to provide rapid delivery services to even the remotest parts of the Iberian Peninsula.

Correos Express is the express parcel subsidiary of the Correos Group on the peninsula. It has 68 delegations, around 100 million shipments in 2020, and over 6,000 distribution routes. How has Correos Express evolved to become the company it is today?

We want to be a structuring partner for the entire Iberian Peninsula and not just Spain. Our core focus is companies that require express parcel transport services, especially given the increased focus on e-commerce in recent years. Our mission is to provide delivery on the Iberian Peninsula in less than 24 hours in a sustainable and efficient way. We are thinking not just of big cities and towns, but also another important part of this country, which is known as “Empty Spain.” This refers to all the rural areas far from the capitals that do not have the ability to acquire goods in the same way as a person living in the center of a big city or town.

One of the competitive advantages of Correos Express compared to its competitors is that it has the largest transport network in Spain and owns 100% of its offices and delegations. What opportunities does this bring?

The structure is 100% ours, and we have the largest distribution network of our own, both capillary and nationwide, in order to distribute this way. We do not have any franchisees. Our biggest advantage is that we adapt much better to production peaks. There are sales campaigns where there is an exponential increase in parcel production and orders placed by consumers both in summer as well as between Black Friday and Christmas, where we see a peak every year. The fact that we have our own network gives us the ability to adapt to these so-called peaks in demand with much greater flexibility.

When the pandemic started, what was it like for Correos Express?

At the start of the pandemic, the lockdown period in particular was a significant challenge, because our mission from day one was to be able to supply everyone in this country with whatever they needed while maintaining safety standards. We set up safe delivery protocols, though at the same time we could not cut back on our services. It has been a great challenge for the company and has served to enhance the express parcel sector and give it the recognition it deserves. We have felt the applause many times when drivers came to neighborhoods and have seen videos that showed the drivers themselves in a sector that never before had such social visibility. The pandemic helped us to position ourselves and give it the importance it deserved, which is a complete change of vision for the sector.

There has been an increase in urban logistics centers, which allow for last-mile distribution. How did you adapt it?

Since 2019, prior to the pandemic, we have measured the entire structure of the centers so that we could take on the production we had as well as the expected development for the coming years. However, there was a completely disruptive moment as a result of the pandemic that changed the map of express transportation and the culture of online shopping. This situation caused us to readapt our entire structure to the new situation. We have some agreements in place to offer our customers the possibility of picking up their shipments both at post offices and in increasingly expanded smart mailboxes or lockers. We try to be more efficient; we cannot bring large cities to a halt by putting more trucks on the roads, because it is unsustainable. Moreover, it is important to maintain the balance between the offered service and the sustainability of cities.

In terms of internationalization, what plans do you have for Latin America?