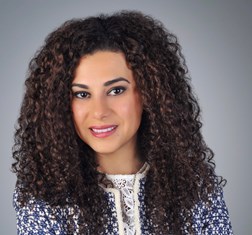 Mofeeda Al Aradi is a partner and the managing director of Defiant International. She obtained a BA in international relations from the American University of Kuwait. She has experience working for NGOs in Brussels and Washington DC and has occupied different positions at family-owned businesses operating in Kuwait and Iraq.

Share on:
Defiant International is trying to build capital to start exporting pharmaceuticals from Kuwait to Iraq, in desperate need of basic medicines.

How difficult was it for you to establish your business and obtain your general trading license?

It was relatively easy. The new laws and partial digitization of government have helped streamline the process, cutting out much of the time and middlemen expenses. A significant reform that I found was extremely enabling is the elimination of the KWD50,000 (USD164,430) bank block prerequisite for issuing a license. Previously an SME would be required to deposit KWD50,000 to any bank and have the capital blocked before even starting with the legal process of establishing the company. This amount excludes the processing fees and the office rental requirement, and thus for a small business to start, entrepreneurs needed to start with a minimum of KWD55,000 (USD180,873). Even then, it would take from three to six months to set up. The previous policies have prevented many people from starting their own businesses; instead, we had to live in the shadows of our families or under the guardianship of the government.

What potential challenges did you encounter when entering pharmaceutical products in Iraq?

So far, I have not encountered any challenges. My partner in Iraq is connected to a vast network of physicians and pharmacists with which she has a good business relationship. Honesty and integrity facilitate these good relations, and with hard work we aim to expand the network of partnerships.

What was your approach when looking for a partner in Iraq?

I was fortunate in the sense that my partner in Iraq was actually the one who had approached me. My family owns one of the oldest pharmaceutical companies in Kuwait, and in 2005, I had attempted through my previously owned company to export specialized baby food to Iraq, including formula for premature babies, babies with lactose intolerance, and other formulas for babies with various deficiencies. I took several trips to Baghdad, assessing the need for such products and the market capacity. My attempts were unsuccessful despite the extremely high demand for such products and the low prices we provided. My Iraqi partner was aware of my attempts and core objectives before she had approached me. During the process though, the challenges I faced were mostly related to the limited information available by government institutions and the lack of clarity on policies and regulations. It is a mystery to uncover. Another challenge is the budgeting for government expenses. Between buying stamps, paying by KNet, and sometimes paying in cash, its difficult to estimate a budget for official processes; I often walk into the process like a blind person not knowing what everything costs or if I should carry cash.

In light of the significant demand for pharmaceuticals in Iraq, how is Defiant International bridging the gap between GCC distributors and the Iraqi market?

The shortage in pharmaceuticals in Iraq is a serious one. The Iraqi population has suffered tremendously under Saddam, and even worse after the 2003 war. Iraqis suffer from climate change-related diseases such as asthma and lung infections, diseases relating to poor nutrition such as diabetes, in addition to various cancers that are on the rise. Being under UNSC Chapter 7 sanction is exacerbating the critical situation. Due to these sanctions, the much-needed pharmaceutical products do not make it to the shelves in Iraq. These particular circumstances have presented an opportunity for my partner and I.

What are your principal objectives for the year ahead?

Aside from maintaining and expanding the relationships we have in Iraq, my principal objective this year is to find a bank willing to finance these operations. So far, purchases have been paid for 100% upfront, limiting the size and scope of our operations.