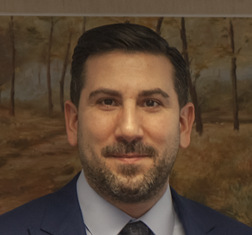 Demir Koloğlu graduated from Middle East Technical University in Computer Engineering and  received his Master Degree in Business Administration from Indiana State University. After graduation, Koloğlu launched his career in İzmir, where he began as General Manager, after two years, he started working at Kolin Group as a Member of The Executive Board. Currently, he is General Manager at Sefine Shipyard which is one of the leading establishments in Yalova region with over 4,000 employees. He speaks French and English. In his free time, he enjoys having a good time with his two children, reading and playing sports.

Share on:
“Our primary objective for the year is to complete all our infrastructure investments to continue growing Sefine Shipyard.“

Sefine Shipyard exports its vessels around the world, particularly to the European market. Can you break down Sefine’s European involvement and, more broadly, where the company hopes to grow in the future?

Sefine Shipyard has been involved in many ‘firsts’ in Europe. We were the first Turkish company to begin making turnkey ferries for Norway, which is where we still have our strongest European presence. After our first work in Norway, we produced two ferryboats for the Estonian market, again a first for a Turkish company, which also represented the largest single Turkish export to Estonia. In 2018, we built a hybrid LNG-diesel electric ferry for Italy, the first LNG powered ferry in the Mediterranean. We are seeking to broaden our market to other Scandinavian countries, like Denmark, Finland, Sweden, and Iceland because we specialize in two types of vessels—ferryboats and live fish carriers. Scandinavian countries in particular use these two types of vessels, so we have plans to continue growing our market share in those markets. We have had 40 new builds to date, almost all for the European market, with five or six of them in Turkey. It is difficult to expand beyond Europe because we are a boutique shipyard and not like a huge Korean-type shipyard. It is hard to compete with the Far East shipyards, which is why we focus on tailor-made ships for European countries. For this reason, we will not go to markets beyond Europe.

Sefine Shipyard is also involved in the repair and conversion of vessels. What projects has the company done in this field?

We have completed six cement carrier conversions for the Italian market and two livestock carrier conversions for the Gulf. Ship conversion is a different market; one never knows when the next conversion project will come. One cannot market this service in the usual way; people will seek them out for specific projects. Sefine Shipyard is successful in conversion projects because we have a great design office, and we are more economical than other shipyard countries. Clients prefer us, as we are the most convenient and economical shipyard for such a project. Conversion projects are specialized work, where one needs to be extremely precise about following the rules. If we make one mistake, the job is ruined, and correcting mistakes is extremely expensive.

Sefine Shipyard has also done steelwork for Istanbul’s new third airport. How did Sefine develop the competencies necessary for this work?

We have done several mega steel projects. We started out building the steel components for Osmangazi Bridge, which is near our shipyard. We were able to be competitive for that project because we did not have any logistical expenses as we are located close by. Nevertheless, it was difficult because mega steelworks are different to building a vessel. To solve this issue, our strategy was to set up a new team and department to specialize in steel work. For the new airport, we did the steel roofs, the steel construction for the hotel in the airport, and the aerobridges. It was a difficult job, and we worked day and night to get it done within the deadline. These projects are how we fill in the gaps that come with the shipbuilding business. It is a second business line for us and a hedging strategy for the company to safeguard us against the ups and downs of shipbuilding.

The local shipbuilding industry is known for its versatility and capabilities in niche sectors. What niche markets has Sefine defined for itself among global shipbuilders?

In Turkey, we generally do tailor-made jobs, so our advantage is that local shipbuilders are able to enter niche markets, as we did. In our case, we used to produce bulk carriers, tankers, and tugboats like everyone else in the world; however, we later realized we needed something else to give us more competitive advantages. We entered the ferryboat market before anyone else and now dominate the segment. Sefine Shipyard is now the leader in the ferry market. However, that was not enough to survive and keep the business sustainable. We had to find other markets and after conducting some research, we identified the live fish carrier segment. That is also a niche market. It is not big, though if one enters a market first and dominates that field, they become a known brand. Other Turkish shipyards have followed our strategy and either entered the same or found their own niche markets to pursue.

The depreciation of the lira has benefited many exporters in Turkey. How has it impacted Sefine Shipyard?

Initially, the depreciation was difficult for us, because although our labor costs are in lira, everything else is in foreign currency, such as euro, dollars, or even the Norwegian krone. We had to wait two or three months for the lira to stabilize to find the correct costing for us. Sometimes, our suppliers and sub-contractors were afraid to even provide us with quotes. But once the currency stabilized, we were able to start pricing accurately for our customers again. We have not benefitted as much as other exporters have from the depreciation.

What are Sefine Shipyard’s biggest plans and primary objectives for the coming 12 months?

We are almost at full capacity for the next two years, so we need to invest in our shipyard infrastructure and buildings; for example, we have a new social building because we previously had 1,500 employees and now require facilities for 4,000 people. We are also investing in more workshops. Our primary objective for the year is to complete all our infrastructure investments to continue growing Sefine Shipyard.