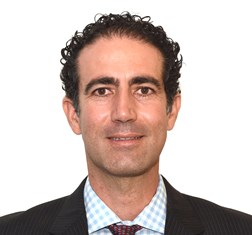 Francisco Javier Garay has a law degree from Stanford Law School as well as a degree in public policy and international relations by Princeton. Prior to working for the City of San Miguel de Allende, he was partner and consultant for international companies based in New York and Washington. He was a manager with Fábrica La Aurora for 12 years.

Share on:
Today, San Miguel de Allende stands out as a key tourism destination due to its numerous cultural and artistic events.

How has San Miguel de Allende positioned itself as a premium tourism destination in the center of Mexico?

Tourism activity in our city started in the middle of the last century when some veterans from the US came when the American government offered them benefits to study. At the time there were two artistic centers: the School of Fine Arts and the Allende Institute. The artistic scene started gaining prominence. Important figures from the Mexican art world such as Siqueiros visited San Miguel to give classes and decorate murals. The first boom made tourism to San Miguel chiefly cultural and artistic. More steady inflows of tourists started in the 1950s and 1960s. At that time, it was very focused on foreign tourism, and there was a lot of immigration into the city from people to start business on tourism. National tourists started arriving in the 1980s. Today, San Miguel de Allende stands out because of the number of cultural events and traditions that remain within the population couple with an exquisite taste for fine arts. The Tourist Council of San Miguel de Allende was created in 2005 with the aim of raising awareness of the city’s vivid cultural life in the country and abroad. Since then, the number of tourists has gone from 700,000 to almost two million per year in the last 15 years. It is a quite accelerated growth that has been backed by the large investments of world-class top hotels such as Rosewood, Matilda, and Aqua. However, the balance between local and international hotels has remained sustainable, with only 30% being international.

What has been the economic impact of tourism on San Miguel de Allende?

The city has a 2% tax on accommodation, which is used to invest and ensure it retains a desirable standard of living. In the past few years, the GDP of San Miguel was approximately USD461.2 million, 54% of which was from services, mainly tourism and commerce. After that, we have agro-industry at 10.6% and manufacturing at 6.5%. However, tourism is clearly a great driving force for the rest of the economy.

How has the influx of foreigners, mainly retirees, been received by the local population?

San Miguel de Allende has approximately 180,000 inhabitants. Of those, 80,000 live in La Cabecera, 14-17,000 of which are foreigners, mainly North Americans. That has affected much the culture of the city, but they are well integrated. Americans and foreigners began to arrive more than 70 or 80 years ago, and they have greatly contributed to the local community. Many came as retirees and were dedicated to civic associations. Thanks to that activity, San Miguel has 120 registered NGOs today, one of the highest per capita in Mexico. These contribute to social, cultural, and environmental purposes, among others.

How are other economic activities being promoted at the city level?

We are trying to take advantage of San Miguel’s regional positioning. We are in an important area of the automobile industry, while agribusiness also offers great potential, especially in the modernization of techniques such as greenhouse work or drip irrigation. Conserving natural resources is also a priority, so we need to be careful about which industries we promote to come here. The city has an industrial park that today boasts 28 companies and is set to undergo an expansion plan to double its current size.