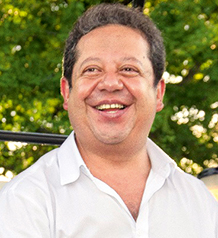 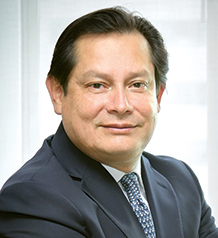 Share on:
Public-private partnerships look to be the key in developing Colombia's infrastructure, especially in terms of attracting foreign investment.

Can you tell us about some recent investments?

LUÍS ENRIQUE DUSSÁN LÓPEZ We have continued on the path of consolidating the bank in its main focus, the agricultural sector, especially with small producers, which is where the financing deficiencies of the agricultural sector are; almost no private banks reach small farmers. Our YoY credit obligations grew by 39% in 2017. This is interesting in light of the current situation in Colombia; given that it has a high credit issue, the financial system is growing, but slowly. Banco Agrario has followed this trend, although we have grown faster in credits, particularly smaller ones. We have also evolved in other initiatives. With regard to the post-conflict era, it was possible to open bank accounts for 11,709 people reincorporated during the peace process. We had to go to the remote places where the population concentrations were and help with account opening procedures. We also provide training in economic and financial education, which is vital. Another special group with which we work is farmers who are replacing illicit crops. The government has an aggressive program to voluntarily eradicate all illicit crops. We have made more than 20,000 payments worth COP41.766 billion to help them with this process. According to our estimates, between 75,000 and 80,000 people will make this transition.

CLEMENTE DEL VALLE B. We are preparing the future pipeline of funds that will be needed over the next five to 10 years. In terms of the 4G program, we have started to achieve important milestones. In 2017, we handled a toll roads program comprising 31 projects worth USD19.5 billion between debt and equity. Thus far, 30 projects have been awarded to sponsors and 23 of those have received financial certification, which demonstrates the strong interest from financial institutions. Moreover, eight of the projects have had financial closing; grades were assigned and bonds were issued. We are currently working on another package of six projects that we hope to close by end-2017. The most important part of the results of the first eight projects with financial closing was the mix of funding. We wanted to attract a variety of funding from local banks, international banks, and foreign investors. We are pleased that the sources for first eight projects were relatively diversified, allowing us to reduce our dependency on local banks. The funding from international sources was a significant achievement; we were able to raise 22% from international sources comprising eight institutions, six national banks from Asia and Europe, and two multilaterals. In total, USD4.2 billion was raised for the first eight projects. We are now starting work on the next six projects.

What are your priorities and goals for 2018?

LEDL We want to build a new customer service model with more engagement for the commercial advisors with each farmer, grow our coverage and presence throughout the country, and review several credit lines. We are also looking to medium-sized producers, which means reviewing our service offerings and value chain to target another segment. Also, we will bet on the official banking system, fundamentally in distant municipalities. AgroListo is one of the projects that we launched in 2017; it provides better conditions and easier processes to the best customers, seeking to encourage a culture of payment. We chose 240,000 small farmers who are our best customers and issued them new credits that were pre-approved, without paperwork and with lower interest rates. In 2018, we will expand this initiative to medium producers and, on the other hand, consolidate the Productive Networks program through which we define the portfolios of financial products and services tailored to each agricultural production chain.

CDVB We are working on a strategy to create a large private equity fund for infrastructure that will hopefully be launched during 1Q2018 with both local and international partners, mobilizing close to USD1 billion for infrastructure projects in Colombia. There is a great deal more in terms of our role in putting together large, complex projects, such as Metro de Bogotá. We are doing a light rail metro for Medellí­n as well, in addition to the expansion of the current system. We are working on the first PPPs for schools and hospitals, which will be launched in 1H2018. We are also working on one of the most complex transactions for Electricaribe, one of the largest distribution companies on the whole coast. The company was unsustainable and could not finance its operations and is now under our advisory arm. After 4G, the next two to three years will see a wave of urban projects related to ifrastructure. We are supporting the construction of these and will go on to support them financially.