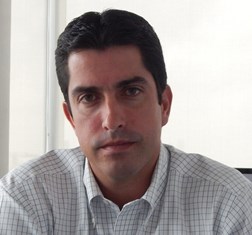 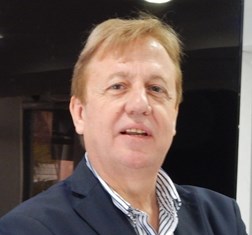 Share on:
Diversifying development projects is a notable trend in Panama's construction and real estate sector.

How would you assess performance the last few years and thus far into 2018?

JOSE RAMÓN ICAZA C. Once again Marazul had positive results mainly from the hospitality and residential construction sectors; we were able to complete a high-end residential project in Santa Maria (Casablanca) and came close to completion of The Santamaria Hotel and Santa Maria Court, which culminated early in 2018. Ongoing projects such as Albatross and Green Garden in Santa Maria made important advances, and new real estate and infrastructure projects such as Marina Village, the Marina, and Velamar in Buenaventura kicked off our pipeline for the next couple of years. In 2017, we also resumed the project management of the SoHo Complex under its new ownership.

CARLOS MALO DE MOLINA 2018 has started strongly. The market in Panama in 2017 was slightly lower than normal, though the outlook for the future is great. This year will continue to be calm, and there will be growth in 2019. The key to all this is for Panama to continue with an open and liberal spirit. Panama City is a city of international commerce; it is extremely liberal in the economic and social sense and is open to the future. Its agreement with China is extremely positive because Panama is a great city to host large international economic movements. In 2004, Panama’s GDP was USD12 billion, while today it is USD60 billion. It is extremely likely that Panama will achieve a standard of living and per capita income similar to Europe by 2025-2030. This will generate an extremely powerful economic and social dynamism.

Recently Mar Azul entered the Colombian market. What drove you to start operations there?

JRIC Colombia is an attractive market for us as it represents diversification from our local market and a larger economy. In terms of population, Colombia is 10 times larger than Panama while its economy is six to seven times larger and has large and mid-sized cities. These cities offer developers a variety of market opportunities, while in Panama we are primarily focused on Panama City and beach projects. That said, this market has been difficult to penetrate since the construction industry has not been structured around project management services. Construction companies or developers are typically vertically integrated, taking on everything from design, promotion, and commercialization to construction. Part of our challenge in that market is to change this paradigm through information. We have been meeting with developers and architects to explain our value-added proposition, which renders benefits for cost control, efficiency, and quality control. Furthermore, our model offers benefits in terms of communication and technology through the digitalization of all the information that they have to manage in a construction.

How has your megaproject Green Valley been progressing in recent months?

CMDM Green Valley was a project with little credibility at the beginning. I saw in other countries, especially Spain, the possibilities, and we tried to create the city of our dreams. Following new urbanization themes and studying all those possibilities, we designed a city that makes its inhabitants happy, with parks, a river, a lake, comfortable and wide pavements measuring 2.4m wide over a network of 40km on cobblestones, as well as an additional 12km of bicycle lanes and mountain bike trails. This city has the potential to take advantage of the abundance of rainfall that allows for the growth of flora at a rapid pace. We have extremely rigorous standards of construction in Green Valley. We control everything, such as design quality and distances. There is everything: parks, shops, offices, auditoriums, hospitals, schools, police station, sports areas, social club, green, villas, and high-density commerce. As an additional element, it is also a smart city and we are studying all the features of a smart city. We have sold approximately 40% of the project. We have already sold all the villas and many of the high-density commercial and residential buildings.