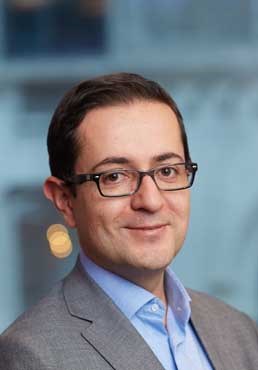 Diego Mora is BlackRock’s Country Manager for Colombia, Peru, and Central America. He joined BlackRock in 2006 in San Francisco and then spent four years in Brazil as head of institutional sales. In 2012, he moved to Colombia to open the firm’s office in the country. Prior to joining BlackRock, Mora served as economic research analyst and asset allocation specialist at Skandia Pensiones y Cesantias. He earned his MBA from the Haas School of Business at the University of California at Berkeley.

What is Black Rock’s contribution to the infrastructure development of the country?

We launched our first infrastructure debt fund back in 2017. This is a fund that gathers the money mainly from institutional investors in Colombia to lend money to projects like road building—which benefits the entire country. At that point, it was an intersection between the government and institutional investors interested in having a leader in the asset management industry with experience in infrastructure to bring best fund management practices. It was a new asset class for the Colombian market. There were a couple of local players with funds in place already. The government and investors saw value in having a third manager who could bring international best practices to the industry. Today, we have that first fund, and we just closed a second one which is the largest private fund ever raised in Colombia with COP2.5 billion assets under management that translated into roughly COP640 million in commitment from investors. It is a significant milestone that demonstrates on the one hand, the interest that investors have in the asset class that is generating attractive returns with an interesting risk return relationship. Most of these projects are backed by the government, which provides guarantees for the income. More than 18 million people will see their pensions benefit from this return. This is one important thing to consider in terms of impact.

BlackRock continues to have impact on real economy and real people infrastructure by bringing alternatives of investment to the retail audience and allowing people to have portfolios that can help them achieve their financial goals. That is one area that can deepen impact to the local economy and the life of local people. Second, is advancing sustainability. Since 2020, BlackRock embraced sustainability in the way we manage our client’s money and not from the values point of view. Not because we want to save the world, but from a value generation point of view because we are convinced that sustainability risk, including climate, social, and governance risk are financial risks, and we owe a fiduciary duty to take care of the assets that we manage. The world has been moving toward sustainability, and I envision BlackRock leading this transition toward a more sustainable world of investment.