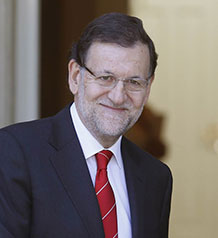 Share on:
"Peru's greatest asset is its people, as is evident from its talent pool."

The Peruvian Corporal Jorge Arnaldo Hernandez Seminario is a hero from the Paratrooper Brigade of the Spanish Army, which is an elite unit that has participated in most of Spain’s peacekeeping operations. He received the Military Merit Cross with a Red Distinctive and a NATO Medal for his participation in the International Force for Security Assistance (ISAF) in Afghanistan.

Jorge Arnaldo was born in Chapica de Campana, a small hamlet of Chulucanas, the so-called capital of mangoes, lemons, and ceramics, in the state of Piura, Peru. He was 26 when he died on July 8th, 2006 on duty in Bakua, Afghanistan. From the Paratrooper Brigade, he sent savings to the village where he was born. He financed meals for one hundred children, and his dream was to build a clinic in his village and rebuild the primary school. Jorge Arnaldo: we will not forget you.

Almost 200,000 Peruvians live in Spain, with 112,000 having been granted Spanish nationality since 2000. This gives proof of their exemplary integration, their commitment and spirit of solidarity: They defend both freedom and our shared values in the most dangerous international missions of our armed forces, and with their special warmth, they take care of our sick and elderly. They are discreet heroes.

As President, I want to recognize and acknowledge the contribution of Peruvians to our development and what is now Spain. On behalf of all Spaniards, I would like to thank you. We owe you a debt of gratitude. Like Jorge Arnaldo, you are an example of commitment and dedication.

Peru’s greatest asset is its people, as is evident from its talent pool. In opera, Juan Diego Florez’s voice led Pavarotti to consider him his successor. In cinema, we remember Claudia Llosa’s Oscar nomination. In haute cuisine, both Gaston Acurio and Rafael Osterling are renowned. In the upper echelons of science, Peruvian scientist Barton Zwiebach, a professor at the Massachusetts Institute of Technology (MIT), is one of the world’s referents regarding the ambitious String Theory, called the “Theory of Everything.” This theory unifies the Theory of Relativity and Quantum Mechanics to explain the Universe in a revolutionary way. Zwiebach and his colleagues contend that matter is composed of strands of energy, or “strings” that vibrate, each producing their own tune, as if the Universe were a great symphony.

The dedication of Peruvians to our common language deserves special recognition. The Nobel Prize Mario Vargas Llosa is the beacon of a literature that is regularly updated with new names, some of whom live in Spain, like Santiago Roncagliolo (Alfaguara Novel Prize), Fernando Iwasaki (Don Quixote Journalism Prize), Jorge Eduardo Benavides (Torrente Ballester Prize), José Luis Torres Vitolas (Alfonso the Magnanimous Prize), or Sergio Galarza (Cortes of Cadiz Prize for Stories). In Spain, Peru is read, heard, and felt permanently.
The history of Spain is rich in contributions from Peru. In the sixteenth century, the Inca Garcilaso de la Vega was the first writer from the Americas who lived in Spain, brilliantly assuming his two cultural heritages. We can also highlight Pablo de Olavide, who was the promoter of the first organized and legal emigration in history, when many Europeans (mainly Germans) emigrated to Andalusia in the eighteenth century.

This outstanding human capital explains the development of Peru in recent years and projects the country into the future with huge potential. Spaniards believe in Peru: in 2010, our cumulative investment in the country was almost ‚¬2 billion; in only four years, despite the financial crisis, it increased by 100%, now moving around the level of ‚¬4 billion. Peru emerges strongly as an economic platform, thanks to its extensive network of Free Trade Agreements with the four cardinal points, including China. Peru takes advantages of its Asian heritage: it belongs both to the Pacific Alliance and the Asia-Pacific Economic Cooperation Forum (APEC), and participates in the Trans-Pacific Partnership Agreement (TPP) free trade negotiations. Peru is a clear success of miscegenation, which in a global environment, easily merges with other cultures.

In recognition of Peruvians, my government was able to include Peru and Colombia on the list of countries whose nationals do not need the Schengen visa to enter the European Union. Nobody believed that this initiative could thrive in a time of crisis, but Spain could not allow Peru, along with Colombia, to become the only Latin American country with a visa requirement despite having signed a Free Trade Agreement with the EU, the so-called Multiparty Trade Agreement. Immediately after its entry into force in August 2013, Spain requested the removal of the visa requirement for Peruvians and Colombians. After an intense diplomatic offensive, in Autumn 2015 they will no longer need visas to enter the Schengen area, which is the biggest area of free movement for citizens in the world.

We could not discriminate against exemplary countries, which in the face of globalization have opted for openness rather than protectionism. When facing the adversities of drug trafficking and terrorism, their institutions have prevailed, proving to be sound, by overcoming such conflicts with the rule of law, through justice, negotiations and forgiveness. These processes of national reconciliation are an essential part of the new face of the region: peace and progress.

Spain has shown with facts, not rhetoric, that it never forgets Latin America. Even during a period of crisis, Spain has demonstrated that it defends Latin Americans and makes justice prevail for them, eliminating any existing stigmas. This great diplomatic victory is not ours: it belongs to you, Peruvians, it is yours. Thank you for your efforts and sacrifices, and to your ongoing contribution to our development.

As a Spaniard and Ibero-American, I feel a great satisfaction when standing up for discreet heroes such as Corporal Jorge Arnaldo Hernandez Seminario, and for all of you, Peruvians. I am a Hispanic of Europe, and I believe in Latin Americans. I have proved this, and I will continue to do so.