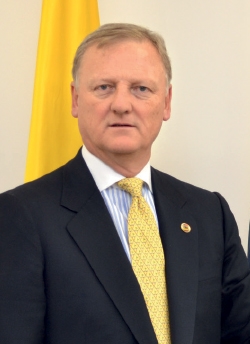 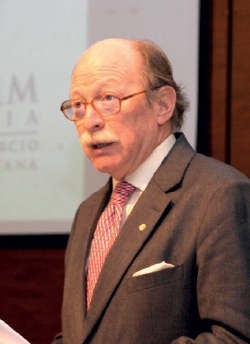 Share on:
US companies represent around 12% of Colombia’s GDP; what is their potential for investment in the various regions of the country? RICARDO TRIANA Since the free trade agreement (FTA) with […]

US companies represent around 12% of Colombia’s GDP; what is their potential for investment in the various regions of the country?

RICARDO TRIANA Since the free trade agreement (FTA) with the US was signed and entered into force, I believe that we have been on the trade map of the US. These trade agreements have allowed US citizens to become more familiar with their FTA trading partners than with other, non-FTA countries. When a businessperson is looking to make a business trip, they first look at where the US hotel chains are located in that particular country. They then assess whether relations with the US are solid. The FTA provides businessmen and women with certainty as to the ground rules between the two countries, which, for business and investment, is important. The trade missions that are coming to Colombia are far better than they used to be in number, quality, and the states involved. We have recently had highly productive visits from the mayor of Los Angeles, the governors of Massachusetts and Maine.

CAMILO REYES Infrastructure is an interesting area, because of the gigantic investment that the Colombian government and the private sector will be committing to regarding the building of roads, railroads, ports, and airports, and also in the drilling of rigs, especially in the Magdalena River, which I would say is a substantial project that brings much investment and work. Then I would say that there is still strong potential in the oil and gas sector, and in the food industry. Certain difficulties have hampered such investment, but I think that the government is working in the right direction and that those investments still represent very interesting possibilities for US entrepreneurs. I was a witness to the meeting of President Santos and President Obama, and I think that the important thing is that now we have a stable agenda that is no longer focused on narcotics and security, but includes many other issues such as FTAs, research issues, social issues, and also education and health.

What is your general outlook for US-Colombian relations?

RT We are in one of the best eras in terms of relations because we are no longer simply receiving grants from the US government, but have become a real business partner. We are now considered a country that can provide advice and guidance in many areas, including, but not limited to, security and combating drug trafficking. We have also been very successful in investigations into money laundering. I believe that the idea that the US had about relations with Colombia has truly evolved. If you look at the region, I believe that there are very few countries that have good, strong relations with the US. Brazil has had a difficult relationship lately as have Argentina, Paraguay, Ecuador, and Venezuela. Colombia is clearly one of the leaders in the region and one of the US’s strongest allies today.

Which Colombian cities do you think could be of most interest to US companies?

CR It depends very much on what type of company they are. If you consider, for example, the import/export business, I would highlight Barranquilla and Cartagena, which have ports in the Caribbean and offer other interesting opportunities for US firms. For those companies considering production in Colombia, I would underline Medellí­n, which has become highly competitive, although it is in the interior of the country. Finally, if you are focused on the potential of the Pacific Alliance, then Cali offers interesting opportunities, not only because it is the largest Colombian city on the Pacific Ocean, but also because it has the perspective of developing further investment and trade relations with Asia.