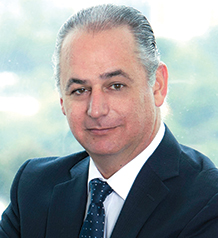 Botho Steinvorth is a partner at LatinAlliance, a Central American law firm with offices in Costa Rica, El Salvador, Nicaragua, and Guatemala, and a correspondent in Honduras. He has master’s of laws in international commercial law and maritime law from Tulane University and has been an arbitrator in international and Costa Rican arbitration procedures. LatinAlliance’s main areas of practice are corporate, mercantile, intellectual property, sanitary (regulatory) registrations, arbitration, foreign investment, real estate, and notarial law.

Share on:
TBY talks to Botho Steinvorth, Partner at LatinAlliance, on needed improvements to the judicial system, Costa Rica's comparative challenges and advantages, and how to enhance arbitral judgment.

How did you establish a broad presence across Central America?

Some of our clients began operations in several countries in the Central American region. Pleased with our services in El Salvador and Costa Rica, they asked us to accompany them into Guatemala and Nicaragua. This is how it all started, though we have also done some advertising and won local clients in each of those countries as well.

Which market is currently growing the most?

Costa Rica and El Salvador are the largest, but Nicaragua and Guatemala are growing steadily, though not as quickly. The political situation in Guatemala has affected us. We have also grown in Honduras through a correspondent with whom we have worked for the past eight years.

In which sectors are you growing the most within Costa Rica?

Services and construction. There was a slump in the Costa Rican economy due to many factors, some of which were due to fears of a large devaluation of the colón, which may happen in 2018, but there is also a great deal of uncertainty because of the government’s large deficit. The government has to make large cuts in its expenses, as it is spending money it does not have. 2018 is also an election year. These factors all affect investment. Some companies are entering Costa Rica while others are leaving. Panama, on the other hand, is a growing economy and doing fairly well. Some of the companies leaving Costa Rica are opting for Panama or other Central American countries that have cheaper labor, even though Costa Rican labor is better qualified, if more expensive.

How would you rate the quality of the judicial system in Costa Rica compared to the region?

Costa Rica has a fairly sound judicial system that has suffered some recent bad publicity; still, it is the soundest system in the region. There is some corruption, but people have a great deal of faith in our judicial system and believe they will see fair results. Unfortunately, however, judgments are not given in a timely matter and often take 5-10 years to be handed down.

How effective is contract law?

Contracts in Costa Rica are legally enforced. The Supreme Court has made an effort to speed things up. It has incorporated technology and improved in many ways. However, judges still take too long to render their final decisions, at least in the civil and commercial courts. 20 years ago, a law was passed incorporating alternative dispute resolution methods into the system, including arbitration and mediation. These take a load off the judicial system. Hence, we always include an arbitration clause in our commercial and civil contracts. Once submitted to arbitration, matters should be resolved within one year. If the arbitral judgment is questioned before the Supreme Court and a judicial enforcement procedure follows, the matter may be resolved within four or five years.

What are some of the disputes commonly seen in Costa Rica?

There was a specific period where there were many defaults in construction contracts from 2007-2010 because of the crisis in the US. Before the crisis, there was a great deal of construction on the coastline. When the crisis hit and buyers defaulted, developers could not continue to build and there was a domino effect. Currently, there are not that many defaults on contracts. Some clients have had contractual disputes, but we have tried to solve them through mediation and always include an arbitration clause in our contracts.

How can the system be improved from a general legal perspective?

There have been many recent changes, such as a recent amendment to the Civil Procedure Code. When that comes into force, such cases might take less time, though we have to wait until it actually comes into effect to understand what will happen. Mediation and arbitration have also been incorporated in labor-related cases in the recently approved Code of Labor Procedures.