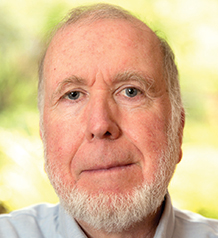 Down to the Wire

Kevin Kelly co-founded Wired in 1993 and served as its Executive Editor from its inception until 1999. He has just finished a book called What Technology Wants, published in October 2010. His writing has appeared in many national and international publications such as The New York Times, The Economist, Harpers, GQ, Wall Street Journal, and Esquire. He is member of Global Business Network and a Member of the Board of The Long Now Foundation.

Share on:
TBY talks to Kevin Kelly, Senior Maverick and Co-founder of Wired magazine, on e-government initiatives, the role of the private sector in developing public services, and the protection of citizens.

How do you see smart technology and the internet transforming how governments operate in this day and age?

I think it changes how the government operates in two ways. Firstly, it’s creating new means of governance. That means new ways to interact with people, for example. People can deal with the government by email, telephone, fax, and so on, and so these new technologies allow citizens to get things done faster and more efficiently, and in the future there will be other innovations in communication modes. Secondly, technology creates and facilitates the ability to collaborate, as we see in things like Wikipedia, and governments can use these technologies in the same way so that people can participate directly in areas of government. Examples include New York, where if you see a pothole that needs being filled, say, you can let the authorities know about it. It’s at the point where the very structure of government and its institutions can be changed, with those institutions also benefiting from the effects of these new technologies.

How important do you think it is for developing governments to invest in e-government initiatives?

There are opportunities and there are challenges. The opportunity is that developing countries might not have very much in place, so you don’t have much of a legacy system, which means you can install a modern system off the bat. The challenge is that when you have fewer resources your tendency is to just get something that works in place, no matter how basic or elementary. It would take a great amount of wisdom for a cash-strapped government to decide to build something really well, but it’s possible, and there is that opportunity.

What role do you think the private sector plays as a development partner for governments?

The government’s role is to set up new territories in which the markets can be set up. It can help establish a market, guarantee a market, and maybe even direct a market by suggesting or mandating decisions about where it wants to go. There can be partnerships with markets and the private sector can help a government overcome markets’ short attention span and give them more of a long-term focus. If the government and the market compete then the markets are going to be winning, so the government’s role should be to complement the market and facilitate an environment in which the market can succeed. So it is more a matter of creating new places for the markets to work.

What role do you think governments like Dubai can take as leaders of innovation and strategy when it comes to ICT development?

One of the things we’ve seen, and which places like Dubai have shown us, is that cities are the main units of prosperity. You can measure levels of prosperity and wealth a lot more accurately and truly based on the city you live in rather than the country. Cities are far more relevant, and they are the main unit for innovation and progress. I think there’s a lot more chance to have a smart city than a smart country. So it makes sense that Dubai has been doing this as a city, and I think every city has its own answer as to how it can and will make itself smart. After all, if you’re not a smart city in 2015, then you’re no city at all. Every city has to find a way to become a smart city somehow.

How do you think governments can ensure that the citizenry is protected when it comes to utilizing these new technologies?

I think symmetrical accountability is crucial. Governments must have third-party accountability, and citizens have to have access to the information about them so they can verify that it’s correct. Ultimately, citizens have to be able to hold the government accountable, while also getting a direct and obvious benefit from whatever is being compiled. If you make accountability symmetrical so that citizens can in turn watch who is watching them, if it is made accountable to a third party, and if you make the benefits clear and direct, it will work well.