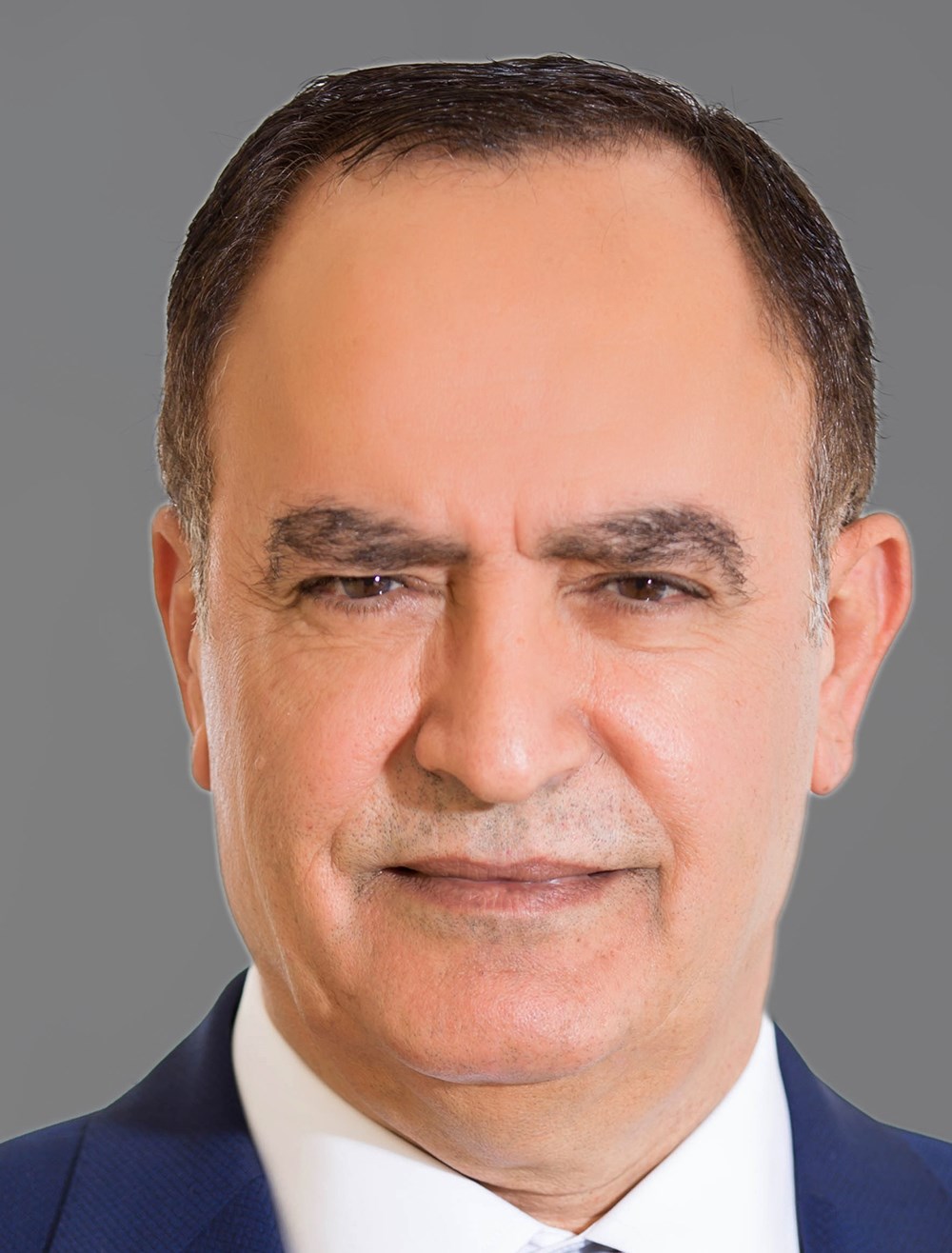 Dr. Jamal Al Sarayrah assumed charges as Chairman of the Arab Potash Company Board of Directors from 13/06/2012 until 25/02/2018, whereas he was appointed as Deputy Prime Minister and Ministry of State for Prime Ministry Affairs during the period from 25/02/2018 until 14/06/2018, and then he re-assumed charges as Chairman of the Board of Directors of Arab Potash Company on 24/07/2018. He was also a member of the Board of Directors of the International Fertilizer Association (IFA) and a former Chairman of Arab Fertilizers Association (AFA) during 31/10/2013 – 31/12/2014. He has 30 years of experience in politics and business strategy development. He held a number of ministerial and parliamentary positions that included Minister of Post and Communication and Minister of Transportation, First Deputy Chief and a member of the Lower House of Parliament of Jordan, member of the Royal Commission for the Jordanian National Charter, Chairman of Jordan Telecom, Senior Advisor for business strategy development in telecommunication, oil, and gas (Reliance Globalcom, Dubai), and GM of ARAMCO office (Jordan, Lebanon, Syria and Turkey). He holds a post-graduate diploma in international law and international relations from the Aberystwyth University in Wales and a BA in English Literature from the University of Kuwait.

Share on:
“The company’s sales were close to USD1 billion in 2018, including its subsidiaries and affiliates.“

Following the Chinese State Development and Investment Corporation’s (SDIC) acquisition of a 28% stake in the company, what is the significance of APC’s new strategic partnership?

Having SDIC as a strategic partner in APC is of great importance. This can be demonstrated by the fact that APC sales to China, the biggest consumer of potash globally, represented 25% of APC’s total sales on average in the past few years. And, with the importance of potash in the Chinese agriculture sector, SDIC’s presence on APC’s board of directors explains the strategic vision of the new partner for APC’s operations to expand the company’s production capacity and focus on protecting the continuity of its operations. Having such a partner gives a boost to complete the current expansion projects, proceeding in the expansion projects in APC’s five-year future plan and supporting the efforts of looking for new investment opportunities whether in potash or in other fertilizers products. The Chinese market is considered one of the most important markets for APC due to the large consumption of potash there. APC has always worked on building a strong position in the Chinese market and maintaining a strong relationship with its customers there, as this provides APC with a solid base for its sales plan that would not be affected if markets’ demand reduce to a point where they can affect the company’s sales volumes and therefore its profitability.

Can you tell us more about the company’s ongoing efforts to increase capacity and the latest developments from its feasibility studies?

APC is currently exploring options to maximize and increase production by reviewing available alternatives plans and the possibility of increasing the efficiency of the existing plants and the evaporation areas. The board of directors has put in place a production expansion plan that entails three aspects. The first includes moving ahead with the expansion project in the northern region within the concession area, which is expected to increase potash production capacity by 140,000 tons per year. Secondly, we are allocating the necessary budget for the technical study of the Lisan area. In this regard, APC is following up with the Ministry of Energy and Mineral Resources regarding the submission of the tender to the qualified companies that will conduct the study. If the study proves to be technically feasible, APC will compete to obtain the concession of potash extraction in that area according to the prevailing legislation and conditions set by the Jordanian government represented by the Ministry of Energy and Mineral Resources. Finally, APC’s board of directors approved a budget allocation to conduct feasibility and technical studies in Ghor Fifa, located in the southern part of the concession area that is expected to increase production capacity by 450,000 tons.

With increased capacity to come online at Aqaba port later in 2019, what markets is APC targeting for its exports?

APC is developing marketing plans that enhance its presence in major international markets as well as in regional and developing markets, especially in Africa, where consumption is notably increasing. The company is also working on developing products to meet its clients’ demands and requirements, which should help APC reach out to several markets around the world and consequently stabilize and increase sales volumes. APC global potash production share stood at 4% in 2018 and sales reached an all-time record of 2.44 million tons. The distribution of APC’s sales does not signify any major change of direction or policy. For example, the sharp fall in tonnages to China and Indonesia, coupled with similarly big increases in shipments to Taiwan and India in 2018 were basically due to seasonal, logistical, and contractual obligations and timing. The new contracts with both Chinese and the Indian customers in terms of volume were close to traditional and long-term contractual quantities. These contracts will be shipped through June 2019. On the other hand, sales growth into local and regional markets as well as Europe and Africa point to APC’s commitment to supply these areas as they grow, develop, and build more capacity for fertilizers.

How does APC evaluate its role in Jordan’s mining sector and the economy more broadly?

Jordan’s mining sector is considered the cornerstone of the economy. It plays a vital role in growth of many other important sectors in the economy and contributes to Jordan’s standard of living. The mining industry in Jordan is dominated by the production of phosphate, potash, building and decoration stones, glass sand, and other non-metallic resources. Jordan was ranked the seventh-largest producer of potash in 2018. APC is considered as one of the main tributaries of the hard currencies to the economy of Jordan. The company’s sales were close to USD1 billion in 2018, including its subsidiaries and affiliates. In addition, APC provided total payments of almost USD100 million to the government of Jordan through incomes taxes, mining fees, road fees, dividend distributions, handling fees, and others. APC and its subsidiaries are the main recruiters in Jordan’s mining sector, with 2,116 employees working for the company and its subsidiaries as of end of 2018. In addition, the company has large capital expenditures and civil works being conducted by local Jordanian contractors.