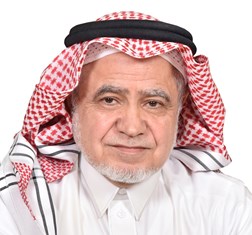 A Vision for Education

Dr. Sahel N. Abduljauwad holds a bachelor’s degree in Civil Engineering from KFUPM and received his MSc and Ph.D. degrees in Civil Engineering from the University of Colorado-Boulder. He is a professor in the Civil Engineering Department and has served as department Chair (1990-1996), Director of Academic Development Center (1999-2002), Dean of Academic Development (2002-2007), Vice Rector for Applied Research (2007-2016) and Vice Rector for Graduate Studies and Scientific Research. He also supervised the preparation of the first strategic plan of KFUPM (2006-2011), and contributed to the development of faculty skills in training, teaching and evaluation of academic curricula. He is a fellow of the American Society of Civil Engineers and has published over 100 papers in refereed journals and conference proceedings.

Share on:
“After KFUPM completed development of its research infrastructure and processes, it embarked on developing an ecosystem for innovation.“

In recent global rankings KFUPM claimed the fifth position in terms of patents — with a total of 237 registered in 2018. Could you tell us more about your strategies in place to have this ecosystem where research leads to registered new ideas?

After KFUPM completed development of its research infrastructure and processes, it embarked on developing an ecosystem for innovation that helps in translating research outcomes into economic impact. To achieve this, KFUPM planned to spread the culture of academic innovation at its campus. The plans included increasing awareness about intellectual property, providing training in patenting to faculty, researchers, and students, and stimulating them to innovate through recognition/reward system. Additionally, the university established a technology transfer system according to best practices of US universities, which included an effective invention/discovery disclosure system that linked every research activity with a patenting process. These are major factors behind positioning KFUPM among the world top universities in terms of number of annual issued patents. Research excellence, focus on KSA strategic technological challenges and needs, quality, and commercialization of research outcomes are other important aspects of KFUPM research system. With regards to research excellence, though KFUPM started by building its capacity locally through providing training to its faculty, it collaborated internationally on specific research programs with MIT, Stanford, Caltech, and Cambridge universities. Establishing Dhahran Techno-Valley (DTV) Science Park was for bringing to KSA some of world most advanced industrial expertise. Dhahran Techno-Valley (DTV) Science Park succeeded in attracting R&D centers for some of the world largest MNCs in energy, petroleum upstream and industrial instrumentation, automation and control. This was a major approach towards strategically focusing KFUPM research and creating platform for collaboration with industries on topics of utmost importance to KSA. Creating impact out of research outcomes has been another area KFUPM gave special attention for in developing the innovation ecosystem. This is why the university invested in building a system and an environment for technology commercialization. The investments included building facility for innovation support in the DTV Science Park. The facility encompasses an incubator for the starting enterprises and a center for new product development/prototyping to support technological advancement and transnational research. The support involves also funds allocated for proof-of-concept projects to support technology development and seed funds for startups. These plans, efforts, and investments resulted in the creation a substantial innovation push manifested by more than 1,000 patents. Although the pace of technology licensing has been slower than the pace of patenting, licensing activities started picking up during the last two years. Out of the issued patents to KFUPM 100 plus patents were licensed. Recently the university signed seven licensing deals. The licenses were issued for three local companies, two for one of the companies in the DTV Science Park, and two for US- and UK- based companies. Low levels of investments in R&D by the local industry has always been a major challenge. However, technology commercialization related activities are expected to grow rapidly in the coming period as local industries will start investing more in R&D due to changes currently reshaping the Saudi economy. Vision 2030 is a major driver for making that happen.

Originally focused on the extraction and processing of natural resources, you have expanded your scope across a range of programs including renewables. Could you tell us more about those?

The KFUPM research agenda includes programs for both conventional and unconventional energies. Though KFUPM established the College of Petroleum and Geosciences with an aim to position it among the top petroleum schools globally, no less attention is given for the renewables and sustainability. The university has a research excellence center for the renewable energy and critical level of research activities exists in the renewables’ field. In the same direction, KFUPM signed lately major agreement with King Abdullah City for Atomic and Renewable Energy (KACARE) to collaborate mainly in the field of renewables. Additionally, the university has an advanced center for water and environment studies. The center caters for significant part of the country’s applied research needs and services and Saudi Aramco is one of its major clients. As well, the university established an excellence research center for water desalination as KSA is one of the leading global consumers for the desalination technologies. One technology for purifying the severely contaminated waters and another technology for detecting water leakage are among the technologies licensed by KFUPM. A large percentage of the portfolio of KFUPM research outcomes—in terms of either publications or patents—is in the fields of renewables, water, and environmental protection.

Since mid-2018, women are welcomed into the graduate programs at KFUPM, so could you tell us more about that?

The decision for admitting women to education was made at the appropriate time. KFUPM is known for the quality of its education and the high level of discipline of its programs. These are among the main reasons that make KFUPM graduates well regarded in the job market. These institutional targets for KFUPM were never subject for compromise. The special nature of KFUPM education, which is largely focused on serving specific industries and economic sectors, was also another challenge when it came to admitting female students. However, the clear directions of Vision 2030 for the empowerment of women and the recent changes the Saudi economy has witnessed have contributed to the creation of several new opportunities for women in the job market. These were among the major drivers behind the timeliness of the KFUPM decision to admit female graduate students in 2019. KFUPM looks forward to offering more potential opportunities to women in education.

What are the main goals for the coming years?

Improving quality and environment for the undergraduate education is a continuous goal for KFUPM. Making sure that the university graduates have good number of job opportunities and fulfilling the current and future recruitment needs of strategic local industries and sectors is part of the plan. KFUPM had been for several decades a research-based university. However, recently the university started planning to become a research-intensive university. This will enable reaching to critical level of research activities that is necessary for achieving the university economic impact targets. Attaining this requires increasing the number of faculty, full-time researches, and graduate students, postdocs in addition to the funding levels by significant orders of magnitude. Our goals and plans also take account of developing a master urban development plan that comprises the university main campus and the DTV Science Park in addition to the land allocated for the business park. The major aim of this is turning of the current innovation ecosystem of KFUPM into an innovation district is similar to those of knowledge-based economic development regions surrounding the research-intensive universities in North America. We are hopeful this will contribute to turning KFUPM and its surrounding ecosystem into the world capital of energy technologies. We hope these plans will make KFUPM a role model for economic development in KSA, and an effective participant in attaining Vision 2030 and positioning it among the world’s most reputable universities.