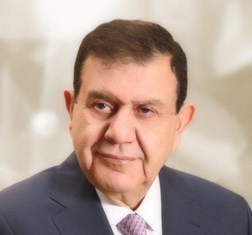 Share on:
“Access to finance has improved in recent years, but disparities remain for the majority of the population and vulnerable groups continue to be disadvantaged.“

How would you assess Jordan’s economic and financial performance over the past year?

Jordan’s economy has shown resilience over the past few years, despite precarious regional developments resulting in unprecedented refugee influx, disrupted trade routes, and lower investments and tourism inflows. In 2017, GDP grew by 2.1% in real terms compared to 2% in 2016, while in nominal terms GDP grew by 3.9% in 2017 compared to 3.4% in 2016. The primary objective of the CBJ is to maintain monetary and financial stability. Monetary stability implies avoiding prolonged inflation and deflation and preserving the stability of the JOD exchange rate, while financial stability means ensuring that the financial institutional system is resistant to economic shocks and fits smoothly to fulfil its basic functions. Accordingly, the CBJ is continuously monitoring local developments, regional and global, financial, and monetary markets. In addition, the CBJ is always ready to respond properly to any internal or external shocks by using its monetary tools. In 2017 and 2018, the CBJ raised the interest rates on its monetary policy instruments eight times over the two years by 225 basis points, in addition to an increase by 25 basis points in late 2016, in order to preserve monetary stability and ensure a competitive return on JOD-denominated assets. Despite the increases in monetary policy’s interest rate, during 2017, the credit facilities extended by licensed banks to the private sector grew by 9.3% during 2017 and by 5.9% during the first eleven months of 2018. Moreover, the foreign reserves remained at a comfortable level, USD13.4 billion, covering more than seven months of the Kingdom’s imports in 2018. Furthermore, the government continued to pursue its national economic and structural reform program in 2018 in cooperation with the International Monetary Fund (IMF). Accordingly, the government has implemented a new bundle of corrective fiscal measures to adjust fiscal positions and enhance domestic revenues through mitigating distortions in the tax system caused by the unjustified expansions in tax exemptions. Consequently, the budget deficit, including foreign grants, declined by 0.2 percentage points, to reach JOD727.6 million, or 2.4% of GDP in 2018, compared to a budget deficit of JOD747.9 million (2.6% of GDP) in 2017. However, the gross public debt reached 94.0% of GDP at the end of 2018 compared to 94.3% of GDP at the end of 2017.

What have been the effects of the implementation of IFRS 9 standard and its importance for the Jordanian economy?

The CBJ is keen to continue its leadership of the Jordanian banking sector and to maintain the status of the banking sector as one of the most important pillars of the national economy. This leadership role mainly involves implementing and following the international standards and practices, among such standards is the IFRS 9, which became effective as of January 2018. Implementing the new standard will have implications in the banking and credit environment through enhancing the soundness and robustness of banks’ financial positions, improving risk management in the banking environment, and boosting the quality of credit portfolios and credit granting procedures. Furthermore, these instructions will imply interconnections with other supervisory requirements, such as Basel III, capital adequacy, and liquidity. In order to properly implement the standard, banks should identify their strategic actions in the following areas: reconsidering their allocation of lending to economic sectors with greater sensitivity to the economic cycle, readjusting their loan-loss provisions, revising commercial policies as product economics and profitability change, and reforming credit-management practices to prevent exposures from deteriorating.

How do you evaluate the progress thus far toward the goals outlined in the National Financial Inclusion Strategy (NFIS) 2018-2020?

Overall, access to finance has improved in recent years, but disparities remain for the majority of the population and vulnerable groups continue to be disadvantaged. As NFIS has become a widely used tool for accelerating financial inclusion in most countries, CBJ launched the NFIS on December 4, 2017 with two national goals: to increase access to finance for the adult population from 33.1% to 41.5%, and to reduce the gender gap from 53% to 35%. The strategy overall builds on a set of priority policy areas, three of which form the core industry pillars: microfinance, digital financial services, and SME finance. Four areas are considered cross-cutting enablers that facilitate the development of industries and make them more robust: FinTech; financial consumer protection and financial capabilities; data and research; and laws, regulations, and instructions. While financial inclusion targets all segments, NFIS prioritizes certain segments; the most vulnerable groups that traditionally have lower levels of financial inclusion and the bottom 40% of households in terms of income, which comprise women, youth, and refugees. The strategy is expected to contribute to reducing socio-economic inequalities, which will be a result of the convergence of a number of developments, such as new and more adequate funding sources and other financial services for the largely financially constrained SMEs.

How is the CBJ working to support financing for SMEs, considering SMEs comprise a majority of businesses and promote economic growth?

In Jordan, the economy depends almost entirely on SMEs, and about 98% of all businesses in the country are classified as SMEs. Noting that one of the main obstacles facing SMEs when seeking credit is a lack of awareness of their importance, the CBJ has been working on several fronts with various stakeholders to facilitate extending credit to SMEs, which contribute some 40% to the country’s GDP. Accordingly, the CBJ launched in 2016 a program to enhance the high value-added sectors of the economy. This program provides financing for productive SME projects in targeted sectors, including health, vocational and technical education, transportation, industry, tourism, agriculture, renewable energy, information technology, and engineering services consultancy. The interest rates on the CBJ’s program is set at 1.75% for projects located in Amman governorate and 1% for projects located in other governorates, with maturities up to 10 years. Funds available through the program are about JOD1.2 billion, and the amount of credit facilities extended through this program has reached about JOD653.3 million, which have contributed in providing 9,620 job opportunities, and have supported 965 projects. These projects are geographically distributed to all the Kingdom’s governorates, with Amman receiving the biggest share of 501 projects. Over JOD325.6 million, or 50%, of the total credit facilities extended by the program were allocated for the industrial sector. The renewable energy sector captured JOD200.5 million, or 30.7%, and the tourism sector possessed about JOD53.9 million, or 8.3%. The CBJ continues to provide a bundle of incentives for the licensed banks to support SME lending through signing several agreements with international institutions, including the World bank, Arab Fund for Economic and Social Development, and European Bank, in the amount of USD440 million. About USD252 million has been utilized, creating 6,000 new job opportunities. To address obstacles regarding the lack of collateral for SMEs, the Jordan Loan Guarantee Corporation (JLGC) was restructured in 2012. In addition, the JLGC, in cooperation with the CBJ and banks operating in Jordan, launched a special fund of JOD50 million to guarantee the loans for the start-up projects. The coverage under this fund was increased to 85%. A new guarantee program for women-owned businesses with lower cost was launched in late 2016. Furthermore, in early 2018, the CBJ launched, in cooperation with the Planning and International Cooperation Ministry, a Jordanian fund for entrepreneurship for USD98 million. The investment in this fund was split approximately 50-50 between the CBJ and the World Bank. In addition, the CBJ encouraged banks to establish an investment company to invest in the capital of medium-sized enterprises in order to expand and develop their business.