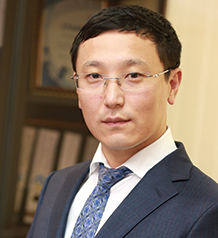 E is for easy

What changes and improvements have you noticed on the e-Government front over recent years?

Since the idea of developing e-Government was announced by President Nursultan Nazarbayev, over a decade has passed. For this period, we have tried to instill trust in e-Government among both the country’s citizens and its experts, including international ones. For the past six years we rose by 53 positions and are currently ranked 28th in the UN’s e-Government development ranking. This result was achieved thanks to a number of factors, namely infrastructure development, public services automation and optimization, the launch of new e-services, and growing user activity. In recent years we worked on composite services, whereby interactive services and transactional ones are combined, and several government agencies are in charge of service delivery. Previously, newcomers had to put together a package of documents, make an agreement with a government agency regarding the future name of the company, and register with justice bodies and tax and statistics agencies. The entire procedure used to take at least 30 days. Now, in electronic format, this takes no more than 15 minutes with no paper documents required from businessmen. For user identification, digital signatures are used and certain services may be obtained by using one-time passwords. Kazakhstan is one of few countries where a digital signature is issued absolutely free of charge and is recorded on a chip in national ID cards and also on the SIM cards of mobile handsets.

How are new mobile apps developed and what savings do they generate for the government?

Currently, Kazakhstan’s e-Government is in the phase of migrating to the smart government model, which encompasses mobile technologies and open government. Now, users of iOS and Android operating systems can use the eGov.kz mobile app, through which they might obtain more than 50 of the most popular services on the e-Government Portal. It also contains a “Mobile Personal Cabinet,” where all data on citizens is stored. For those citizens who still use the early-model mobile phones, SMS services have been implemented. All the aforementioned capabilities were created either by the government itself or under its order, while now we are turning to another model as platform. As part of developing the Open Government strategy in Kazakhstan, multiple government agencies’ datasets are published on the open data portal, data.egov.kz. These may be the findings of inspections of agencies, reports, or industry statistics, for example. Such information had formerly been stored within government agencies and thought to be useless. From now on, under the Access to Information Law in Kazakhstan, which is being enacted, all government agencies are obliged to publish non-confidential information in machine-readable format and made available to the public. Based on this data, any programmer, developer, or student may create their own mobile apps or web services as a matter of convenience to citizens. Today, 325 open datasets are accessible on the data.egov.kz portal, while in the future this number will grow exponentially. As to saving through implementing mobile technologies, we count it within the overall notional saving through e-Government implementation. Compared to the 30 leading examples of e governance, our public sector’s spending on IT, according to the Organization for Economic Cooperation & Development (OECD), is substantially lower. For instance, annual ICT spending in the public sector in the US is $75 billion, $9.1 billion in the UK, and $2.5 billion in Korea, while in Kazakhstan within 10 years of program implementation, the budget will be KZT190.5 billion ($1 billion), and will be used for consulting and creating departmental information systems. The basic e-Government components cost KZT26.7 billion. As a result of business process optimization and automation through saving paper, government employees’ and citizens’ time, and official document forms, the appropriate saving of budget funds amounted to about KZT70 billion.