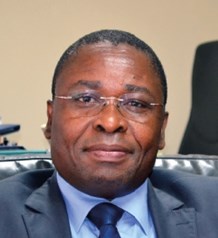 Lourenço Sambo has an educational background in Economics and Agricultural Business Management, and has been the Director General of CPI since 2010. He was previously the Economic Adviser to the Minister of Planning and Development. He also taught mathematics at Maxaquene Secondary School, politics, economics, mathematics, and statistics at the Maputo Commercial School from 1979 to 1984, and public finance at the School of the National Planning Commission. In 1996, he was the Financial Manager of the Maputo Corridor, a World Bank-funded project for the restructuring of CFM-Mozambique Ports and Railway Company.

How do you assess the progress that Mozambique has made in terms of improving the ease of doing business over the past five years?

Today, Mozambique means business for various reasons, the most important one being the culture of peace and stability arising from the ability and openness to dialogue between our government and society in general. There is little one can do without peace and stability. These two factors have been at the core of the day-to-day management of our nation. The second key element is the creation of adequate logistics infrastructure. This means building roads, bridges, energy, and water supply networks, ports and railways, and telecommunications. Mozambique can boast of having a modern and competitive logistics infrastructure. The key ports of Maputo, Beira, and Nacala are already playing a crucial role in domestic and regional trade linking neighboring states to the Indian Ocean by road and rail. The main north-south highway continues to assume its role as the backbone of the economy, airports have been refurbished, and new ones have been built. The largest of the new airports is the Nacala International Airport which was recently inaugurated, making it easier to connect travelers from different parts of the country without having to go through South Africa. The third element is of course the bureaucracy involved in the establishment and running of a business. By various metrics, including the World Bank Doing Business report, Mozambique has made tremendous progress. In Doing Business 2015, Mozambique climbed 15 steps compared to 2014, bringing the country to the 127th position, in contrast with the 142nd place it occupied in the previous year. The World Bank highlights progress in areas such as property registration, availability of credit, and resolving insolvency as areas with the most significant improvement. The process of company incorporation has been simplified over the years. Today, you can complete all the necessary steps in a matter of just a couple of days provided that the investor presents all the required documentation. It is far simpler today than it was 10 years ago.

How would you describe the role that foreign financed megaprojects play in Mozambique’s economic growth?

Megaprojects play a major role in Mozambique’s economy by boosting national production and exports and by creating jobs, both directly and indirectly. Indirect jobs appear as a consequence of many small and medium scale enterprises that emerge as suppliers of goods and services for these megaprojects.

Unsatisfied energy demands and limited access to electricity remain a concern in Mozambique. What role can foreign investment play within that sector?

As you may be aware, Mozambique is blessed with enormous energy potential, which exceeds 18,000MW when considering water, gas, coal, solar, and wind sources. The country desperately needs investment in this sector in order to satisfy growing demand from both domestic and international industrialization. Of this potential, Mozambique generates less than 3,000MW.

What is CPI’s strategy to attract medium-sized international businesses and how do you envision their role in the further development of Mozambique?

CPI will continue to play a role in attracting and more importantly retaining private investment in Mozambique through our various platforms. We also provide institutional assistance to investors from project inception to implementation. Substantial fiscal incentives are also provided under the Investment Law for investors in the different geographic regions of the country. The government has also established special economic zones throughout the country where investors can enjoy special fiscal benefits. These zones include the Beluluane Industrial Park, which is home to one of the largest aluminum smelters in the southern African region (MOZAL), Beira Mungassa in the central province of Sofala, and the Nacala Special Economic Zone in the northern province of Nampula. We also have what we call Rapid Development Zones for investments in agriculture, agro-industry, industry, tourism, lumbering, and other sectors that, according to feasibility studies, can bring high returns. These include the Zambezi Valley, an extensive area covering several provinces in the center, and Niassa Province in northern Mozambique.

What can be done to transform the agricultural sector from subsistence farming to a more efficient and productive agro-industry?

Agriculture is one of the most important sectors in Mozambique due to its potential in terms of availability of arable land—currently estimated at 35 million ha—a tropical climate, and abundant and competitive labor. Agriculture has had major impact in the economy through the production of various cash crops such as cotton, tobacco, sugar cane, soy beans, and others, as well as strategic food crops such as maize, rice, and different vegetables and fruits. We need more investment in order to boost this strategic sector of the economy, which is also the source of livelihood for about 80% of our population. We need to attract commercial farmers from our region and from other parts of the world who can involve and employ subsistence farmers through various mutually beneficial schemes such as out-grower programs. In this way, the local population is provided with adequate inputs such as tools, seeds, and fertilizers. In fact, Mozambique alone could feed the SADC region and Africa at large with the crops that are unique to the country.

What are CPI’s goals and expectations for the year ahead?

We expect more investment at levels that are far higher than last year, as well as the implementation of a large number of projects that have been already been approved in areas such as logistics, mineral resources, and energy. In 2014 alone, we approved about 500 projects with a total value of $7 billion. We also expect to have more Mozambicans trained in different strategic areas such as oil and gas, geology, and mining. These are some of the sectors in which we still lack human capital. In terms of direct CPI goals, we hope to expand or consolidate our presence within the country and abroad in order to further facilitate the investment approval processes. We also hope to see expanded collaborations with the different institutions involved in the process of investment project approval so that the process can be much faster.