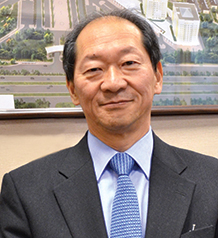 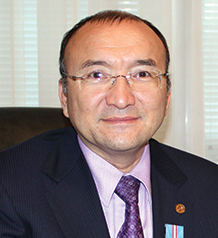 Share on:
Significant ongoing transformations in the education sector are rapidly turning Kazakhstan into a world-class force in higher education and research. TBY talks to two of the key figures in this movement.

What is your opinion of the education sector here in Kazakhstan?

SHIGEO KATSU The education sector is, like many other sectors here in Kazakhstan, rapidly developing and evolving. In general terms, the government has overseen what is called the Roadmap Project, which takes a comprehensive view of the overall education system from early childhood, pre-school, and primary school, through to higher education, and the research sector. This gives a holistic picture that was run through our university, and our Graduate Center for Education Policy. This policy research program is extremely ambitious, and it will definitely attempt to push forward the overall reform theme of modernizing the education sector. It is commendable that the authorities are putting an emphasis on early childhood, and not just building new kindergartens, but really focusing on the quality. This is, in many ways, a theme of the education sector. Access to higher education, overall, if we are speaking about the number of institutions, is not an issue. At the moment there are 132 institutions, and for a country of 17 million, in my view, this number is still too high, and you worry about the standards and quality of some of them. Having said that, with regards to access overall, about two-thirds of the universities are public, and the tuition fees are low.

ASSYLBEK KOZHAKHMETOV The education sector is changing very rapidly. Since the Republic of Kazakhstan became independent, 10 Ministers of education and science were replaced. Every new minister contributed his ideas how we should reform education. Of course, the changes were necessary because it was impossible to keep all the organizations that we had during the centralized economy of the former Soviet Union. We have moved to a new system of awarding academic degrees; preparation for degrees followed the Western model. Another innovation, which I think is positive, is to empower the non-governmental sector in the field of education. There is an understanding that the reform of the country and the economy is impossible without strengthening the role of universities. Thus, the forum “Expert-200-Kazakhstan” took place in November, at which the concept of the “triple helix” introduced by Henry Etzkowitz was discussed. The concept puts universities in the first place in the formation of new type of economy. I think that this forum and the questions raised will be developed in the near future. We are gradually moving to the dual system of education. In this respect, today a lot of work is carried out by JSC NWF Samruk-Kazyna, the Ministry of Education and Science of the RK, and the National Chamber of Entrepreneurs headed Ablay Myrzakhmetov who is a member of the Board of Trustees of our University. Gradually, the structure of financing universities is changing for the better, but it happens very slowly. If Europe provides up to 7% of GDP for education, we devote only 3.5-4%. Last year this figure was 3.8%, and I hope that this year will be no less than 4%.

SK We started off establishing ourselves by entering into strategic partnerships with top-class international universities. Our partners include Duke’s Fuqua School of Business, and the Lee Kuan Yew School of Public Policy. We are also working with the University of Pennsylvania in higher education management; Cambridge University in education, leadership, and management; University College London in engineering; and University of Wisconsin-Madison in humanities and social sciences. Therefore, for each of our schools we have one strategic partner, and for the medical center we are working closely with the University of Pittsburgh. Further, we will be setting up a school of mining and environmental engineering. Our approach has been to identify good, strong partners.

AK Today there are two main goals of the Almaty Management University; internationalization and entering to the top 200 World Business Schools rating. We would like to get all three global accreditations for our business education: AACSB, EQUIS, and AMBA. MBA programs of ALMA University, the only one in Kazakhstan and Central Asia, are already accredited by AMBA, thus standing in one row with the 200 best business universities in the world. We are very proud of it. Furthermore, our goal in terms of internationalization is that every fifth full-time faculty member and every fifth student at ALMA University are coming from abroad.