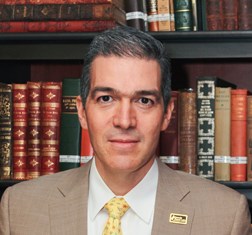 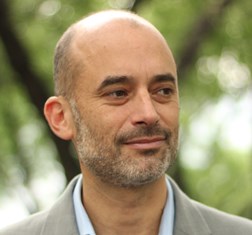 Share on:
Nuevo León has long been a national standout in terms of economic development, and the various municipalities and state councils are keen to ensure it remains that way.

Consejo Nuevo León is an advisory council to the government of the state of Nuevo León. How does the council work to serve this purpose?

JESíšS VIEJO The Nuevo León Council’s main purpose is to focus on the long-term development of the state. In accordance with the state’s Strategic Planning Law, and the Strategic Plan itself, the council serves this purpose through three central responsibilities: designing and revising the plan, monitoring its implementation, and evaluating the progress towards its goals. In this context, as an advisory and consultative body comprised by leaders from the public, private, and academic sectors, the council has become a major platform for inter-institutional dialogue and collaboration. This has allowed the council to combine efforts and provide knowledge and expertise on key matters for Nuevo León’s long-term development. Moreover, the council helps ensure strategic projects for the state are continued despite administration changes.

What factors helped San Pedro Garza Garcí­a acquire such a significant economic weight despite being a relatively small municipality?

MIGUEL TREVIí‘O San Pedro is an extremely attractive municipality to live in. Its economic activity started in the 1990s, when directors and managers of the largest companies in the region decided to move to this area of Monterrey’s metropolitan area. As they were moving, they started developing the business environment, which provided a different face to the municipality. Districts of a more corporate type and mixed-use developments were added. Today, the area of Valle Oriente is an energetic business hub where decisions that affect the state of Nuevo León and the whole of Mexico are taken. That district is also undergoing an expansion, with new green zones and mixed-used developments coming up in the coming years.

How do you work to translate the economic performance of Nuevo León into social welfare?

JV Nuevo León has long been a national landmark in terms of economic development. In the first months of 2019, Nuevo León recorded an unemployment rate of 3.3 %, the lowest in 14 years, and a 14.5 % increase in FDI, which accounts for 12% of the country’s FDI. Nevertheless, despite the state’s economic success, much remains to be done in order to build a more equal society. In this regard, Nuevo León Council has mobilized projects that aim to reduce the socioeconomic disparity in the state. For instance, Hambre Cero Nuevo León, a shared effort among the state government, civil organizations and private sector, seeks to eradicate food poverty through food waste reduction and processing strategies. The council has also assisted Alianza Neo México, an initiative in which public and private organizations, as well as academic institutions, cooperate to foster youth employment in the state. Nuevo León Council must continue to place socioeconomic equality as an essential element in the state’s long-term ambition.

How have you worked to create a more livable place?

MT We are fully aware that our city will retain its attractiveness so long as we can ensure security conditions far above the Mexican average and comparable with international ones. In addition, we are working on other aspects that will have a positive impact on people’s lives in the municipality. We are also taking steps such as keeping streets clean, enhancing green areas, and fighting pollution in order to make San Pedro Garza Garcí­a one of the best places to live in Mexico, if not the best. There are aspects that we control as the government of the city, such as taking excellent care of our green areas and monitoring pollution levels. However, there are factors that we cannot control, such as air pollution that originates outside the city. In this regard, we have been promoting policies that allow us to have better coordination and synergies with the state administration and other municipalities in order to tackle pollution more effectively. We are also working together to improve the transport system in the region as a means to reduce the number of polluting vehicles. We are also looking into the relocation of some industries further from metropolitan areas.