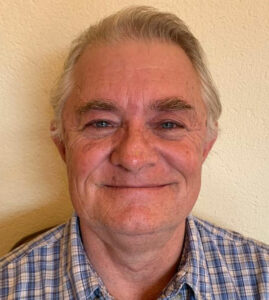 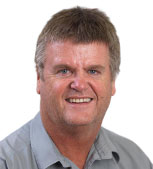 Share on:
ECA is a private agro-processing company and a greenfield venture made possible by AgDevCo, a social impact investor that promotes the launch of new agribusiness opportunities. Together, they are creating income-earning opportunities for Mozambican farmers and improving financial inclusion.

What has been the impact of last year’s cyclones on the agriculture sector?
GRANT TAYLOR They affected agriculture in a number of ways, and it was a learning lesson for Mozambique in terms of managing emergencies. The central and northern provinces were badly affected. ECA was on the edge of the corridor so the damage was moderate. The response was slow for the first two weeks, so individual farmers’ organizations and agricultural companies us took the lead in supplying maize and flour to affected communities. After that, organizations like WFP came in and started buying local products in large quantities. While assisting local farmers, this contributed to distorting the price of maize in Mozambique as compared to regional and global prices, resulting in larger plantings in the following months. Looking at the current season, it looks like Mozambique has a bumper crop. This will be a problem in 2020 as South Africa is also experiencing its second-largest crop season in history. The right thing to do at this point from the government’s perspective is to support local producers and stop maize imports.

How has AgDevCo evolved its business model in the region?
JIM HENDERSON AgDevCo is a social impact investor founded in 2009. At first, our model consisted of investing in small high-risk agricultural ventures and potential start-up businesses through investments between USD30,000 and USD100,000. We have exited most of those initial businesses. Since a number of those investments, such as ECA, went beyond the initial investment, we decided to remain a major shareholder. However, we quickly realized that we could not survive purely out of small investments because they take the same effort to implement and manage as big investments, and the return produced was not enough to support our model. We signed an agreement with the UK Department for International Development (DFID), setting up in countries where DFID is present. This granted us catalytic funds on a country-by-country basis. We have expanded into 10 countries across southern, east, and west Africa. Looking back to our earlier investments, we learned a lot in terms of how to ensure our sustainability and business security as well as maximize our efforts. In 2019 we moved to a model that could make the company sustainable, shifting our focus to late ventures and scale-ups. Our strategy now is predominantly to take higher-end, established businesses that are looking for a combination of working capital and development capital, through investments ranging from USD2 million to USD10 million.

In what ways is ECA’s business model significant?
GT ECA is an example of a company that grows through the participation of smallholder farmers. We have an agronomy extension service which provides farmers with extension services as well as seed, fertilizer, and chemicals. Through our support and technical assistance, they have been able to technologize production and increase return per hectare. Some of them even went on to become commercial entities. We have been able to grow from 749 farmers and a total production of 1100 tons in 2011 to 12,000 farmers and 14,000 tons in 2019. The way we have been able to grow and expand speaks to the potential of small-scaler farm-based agroindustry. A huge obstacle to overcome is financial inclusion. Despite growing buzz around microfinance, the reality is that most farmers cannot afford the exorbitant interest rates. What we have observed is that smallholder farmers are not as high risk as everyone makes them out to be, as we are sitting on 97% credit recovery. As long as you take care and understand their needs, there is definitely a place for them in a financial system.

How does AgDevCo stand out from other agriculture investment companies?
JH The uniqueness of AgDevCo is its ability to structure facilities through various types of instruments (debt, equity, and mezzanine). We are not a regulated investment company so we are able to be more creative around the structures we put in place. Another key difference is that we are not a closed-end fund. If we have equity in a business, and it is a good dividend paying business, we may opt to stay in and become a strategic partner. We are not a passive investor; we are a strategic partner, working with the management team to develop the business. We have an agricultural department providing technical assistance, and an ESG department with a team responsible for enterprise and development. We also have a smallholder development unit, which is a grant facility from MasterCard.