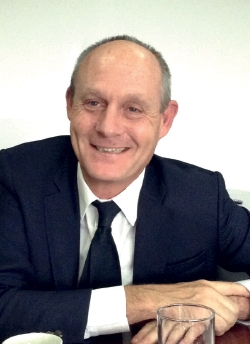 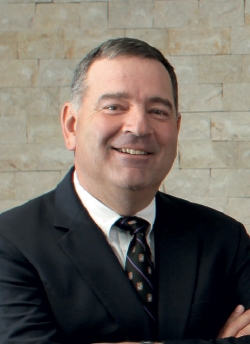 Share on:
How would you evaluate your recent performance, and what are the prospects of the energy sector? CHRIS SPAULDING In 2013, Talisman Colombia remained a key strategic growth area for the […]

How would you evaluate your recent performance, and what are the prospects of the energy sector?

CHRIS SPAULDING In 2013, Talisman Colombia remained a key strategic growth area for the company, and we still have a minimum goal of 50,000 barrels of oil per day. In 2013 we started to notice our portfolio here generating positive results. Our 49% stake in Equión continues to perform well. It is producing our share of 16,500 to 17,000 barrels of oil equivalent per day. Year after year it has met or exceeded its targets, and it is a world-class organization in terms of HSE standards. The acquisition of BP Colombia (now Equión) has proven to be one of the best that Talisman has ever made. In Block CPO9, we declared commerciality jointly with Ecopetrol in December 2013, and today have 10 wells producing for the long term. The gross capacity of those wells that we have long-term tests in is in the order of a gross 12,000 barrels of oil per day (bbl/d), while our share of that is a 45% working interest. We are partners with Ecopetrol, and have submitted an application for the development license in the Acacias discovery in Block CPO9, where we intend to drill at least four exploration wells in 2014. We foresee additional significant prospects emerging in CPO9. We will not drill for exploratory wells this year, although that had been our initial plan.

GEOFFROY MARTIN-DENAVIT Colombia represents some 10% of Perenco’s total production, which is 400,000 barrels per day (bbl/d). On April 30, 2014, we completed the acquisition of Petrobras’ onshore assets in Colombia this means that we are now operating not only in the Llanos basin, but also in the Magdalena Valley, close to Melgar. The commercial environment is excellent, and Colombia’s energy sector is booming. We did not only buy the exploration and production assets from Petrobras, but importantly participation in a number of pipelines, which is important for us.

Overall we are pleased with the activity of 2014; the main objective of which was to maintain production and halt decline. We have a strong well optimization and improved recovery team who focus on this activity, which is a key strength of Perenco; we know what to do and how to do it by methodically interpreting the data and increasing the productivity of each well. The force of Perenco is to reduce the decline, and find new ways of increasing the lives of the wells.

What is your view on the regulatory environment in the energy sector?

CS Colombia went from just under 500,000 bbl/d to roughly 1 million bbl/d over the space of seven or eight years, and this was the result of a competitive fiscal regime and competitive human resources. The rules are clear and transparent, and the awarding of licenses is open to anyone.

GMD The relationship between business and government is good, but there is always room for improvement, especially in terms of the time in which government responds. However, I strongly believe that the state has all the tools it needs to succeed and we are very happy to be in Colombia.

What developments will determine the dynamics of your sector?

CS The future of the oil and gas sector here is going to depend upon what sort of context or environment exists to allow the sector to progress. It needs to encourage foreign development involvement in oil and gas. If a constructive environment exists, where companies can move and realize their projects, the prospects to continue increasing production will be greater.

GMD We are extremely pleased to have completed the Petrobras acquisition as it has enabled us to approximately double our production in Colombia, and we see strong synergies between the two companies, both of which have been in Colombia for more than 20 years. Perenco’s workforce now totals 1,000 people and we have just completed the move to newly purposely-renovated offices. We have not only increased our production, but also our exploration portfolio. In 2014, we have drilled five exploration wells, the majority of which were acquired through the Petrobras acquisition.