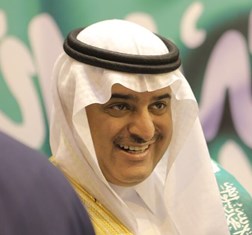 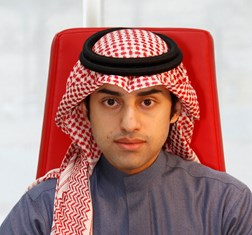 What role does Al Hokair Group play in the development of entertainment and hospitalitly in the Kingdom?

MAJED AL-HOKAIR When we started in 1975, there was virtually no organized entertainment in the country, while the hospitality sector had limited options. The founder of the group also strived to incorporate a community element in all of its projects vis-í -vis a human touch, which is why we ventured into these sectors. Entertainment was our first focus, and currently we operate around 80 entertainment centers and three shopping malls throughout the Kingdom. In the late 1980s, we expanded into the hospitality sector, and to date the portfolio includes 45 hotels in the Kingdom and abroad. Currently, we are exploring opportunities to combine sport and leisure.

Al Hokair has pioneered in the Saudi entertainment industry with more than 87 entertainment centers to date. What made this story so successful?

MISHAL AL-HOKAIR The group’s first entertainment center was founded by my father in Lebanon. The second one, an outdoor theme park, opened in Riyadh, and from there we expanded throughout the country. At end-2004, we launched Sparky’s, a brand created from scratch that runs along our main brand, and by 2014, Sparky’s evolved into a standalone concept as an entertainment mall under the name Al Hokair Time. With a strategic combination of entertainment, food and beverages, and a soon to be added cinema, it is a place for families to enjoy themselves in a fun and secure environment. Moving forward, we collaborated with several global brands. In 2013, we opened Pac Man Zone in Abu Dhabi, and Snowy, a soft playground for young children, in Saudi Arabia, as well as Sky Zone, a trampoline park for teenagers. At present, we are considering combining our outdoor theme parks with our indoor concepts.

The group has signed an agreement with VUE International to build up to 30 movie complexes. Could you tell us more about your plans in the cinema industry?

MAJED AL-HOKAIR The announcement to open cinemas sparked immediate interest from our group, as it is close to our home industry. We jumped on the bandwagon, identified a suitable partner, and made the necessary investments to open movie theaters. Some of our cinemas will be part of our current facilities as we are also looking at new locations. This will not be limited to Riyadh, Jeddah, and Dammam—we want to bring the experience to the entire country.

Are you developing new brands yourselves or do you seek more international partners?

MISHAL AL-HOKAIR We like to benefit from our know-how and also like to partner with other experts. For example, we partnered with WWE to organize the Greatest Royal Rumble in Saudi Arabia. Moreover, we are adding more franchises to the businesses, such as VR and adventures from different countries. Our philosophy is to build a broad range of entertainment for all age groups. In 2018, we signed an agreement with Cinepolis to build our cinema portfolio. We are also eyeing great opportunities in the F&B industry and have our own brands like La Mode Café, masterfully baked Pezzo Pizza from Singapore, and Sugarmoo, an online brand for pastries and fresh bakery products that can be delivered within 90 minutes. In addition, we are considering building sports academies for the youth; we have signed an agreement with the Ronaldinho Academy to come to Saudi Arabia. We also have plans to open Koora Arena in partnership with Duplays UAE.

The General Entertainment Authority (GEA) has stated that USD65 billion will be allocated to investments in the entertainment sector over the next decade. How do you strive to collaborate?

MAJED AL-HOKAIR This was an exciting announcement and demonstrates how the government is serious about the transformation and opening up of the entertainment sector. The government, via GEA, will provide the necessary infrastructure and support events, while the private sector will make the investments to develop entertainment facilities. There will certainly be collaboration, which will be a great boost for more cinemas, theaters, amusement parks, and other outlets in the country; the allowance for tourist visas will also prove beneficial for the entire sector.

What are your expectations for job creation in the entertainment sector?

MISHAL AL-HOKAIR The entertainment and sports industries are currently amongst the most important sectors that will create future jobs. Saudi Arabia has a young population, and there are expectations that around 1.5 million new jobs will be created in these sectors under Vision 2030.