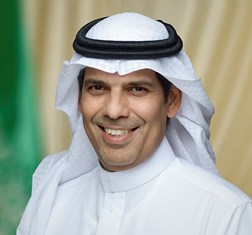 Nabeel bin Mohammed Al-Amudi is the Minister of Transport. Previously, he oversaw the activities of the Saudi Ports Authority as President. Prior to this, he had a distinguished career with Saudi Aramco. He has a degree in chemical engineering from Stanford University.

Share on:
With several mega infrastructure projects in the pipeline, Saudi Arabia's Ministry of Transport is playing a major role in fulfilling Vision 2030.

How do you envision the railway project moving forward in 2018?

By the end of 2018, our aim is to consolidate all operations in the railway project under one sole entity. This will be possible once a merger between the Saudi Railway Organization, a government organization, and the Saudi Railway Company, a government-owned company, is finalized to ensure all work is completed on time and efficiently. In addition, we will also seek participation from the private sector in key segments of the railway, specifically for links between the Dammam-Riyadh line with the North-South Railway. We will also seek participation for the construction of the Land Bridge, which will connect the west coast of the country with the east coast.

How are you bringing about operational changes to the Ministry of Transport?

The Kingdom of Saudi Arabia is undergoing rapid changes, and already, we have begun making the necessary changes to ensure government operations run smoothly. Take the example of the Saudi Port Authority, which has undergone fundamental paradigm shifts in how the ports operate, the type of equipment that is being used, and most importantly, the introduction of digital tools to aid in workflow processes and procedures. By digitizing most of our processes within ports, customs, and other government agencies, we have been able to reduce processing time from 12 to five days, with the aim of going down to three days by the end of 2018.

Vision 2030 has created a transformation agenda for the country to diversify its economy and make it an instrumental logistics hub across Europe, Asia, and Africa. What role do you envision for the Ministry of Transport in directing this process and developing the necessary infrastructure?

The Ministry of Transport sees two key projects that will be important in achieving the Kingdom’s Vision 2030. The first is to turn Saudi Arabia into a logistics hub that connects three continents. The second one is to reiterate that we are the center of the Islamic world, while also enhancing the Hajj and Umrah experience for pilgrims visiting the two holy sites. This focus has been a core element in the major infrastructure projects that are about to be completed, including the King Abdulaziz Airport in Jeddah and the Haramain High-Speed Railway. These projects are not only aimed at enhancing our country but also welcoming tourists, as well as pilgrims visiting the two Holy Mosques. We have thus achieved a great deal in terms of increasing the efficiencies of our logistics platforms and are looking to the future for new infrastructure projects to ultimately achieve the vision of our nation.