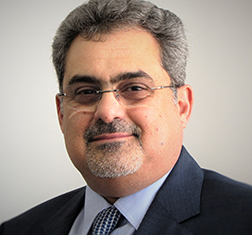 Joe W. Henein is a senior executive with an accomplished career extending over 30 years in the pharmaceutical industry and covering many geographies including the US, Europe, and the Middle East/Africa. He is a pharmacist by background.

Share on:
Why do you think the MENA region is attracting so much attention from the pharmaceutical industry? The Middle East is indeed attracting lots of attention in the pharma world, either […]

Why do you think the MENA region is attracting so much attention from the pharmaceutical industry?

The Middle East is indeed attracting lots of attention in the pharma world, either from companies seeking access to this region or investors who are increasingly interested in the region and in healthcare. Pharmaceutical companies follow growth and wider access for their innovative therapeutics and, right now, the Middle East and North Africa (MENA) region is one of the fastest growing in the world. The region offers many of the key fundamentals that are vital for our industry. First, there is a large population and one that is growing at a high rate compared to much of the rest of the world. Second, there is a high percentage of young people, meaning that years down the line they will get older and require medical attention. Lifestyle diseases are on an alarming increase in the region, including obesity leading to diabetes and cardiovascular diseases, as well as cancer, which comes earlier in age in some cases than in the Western world, especially breast cancer. Third, there is a high commitment by governments to healthcare—lots of hospitals and clinics are being built, bed capacity is being increased, urbanization is increasing along with the extension of healthcare services, and the drive to health insurance is increasing, including increased coverage and access to medicine where possible. In that regard, there is a lot of room for further improvement, coverage, support, and growth. Healthcare is central to regional governments’ focus to provide for citizens, hence the attention on multiple fronts from governments and companies alike. On the other hand, however, there has been some caution looming in the region since the beginning of the year given the unfolding story of sliding oil prices and its impact on budgets here in the region, as well as the potential resulting pressure on working capital needs for companies operating in MENA.

How do you think having compulsory medical insurance will affect the pharmaceutical sector?

It will affect the sector positively. If you compare and contrast pharmaceutical consumption in Europe to the Middle East, people in Europe pay some contribution from their income toward their healthcare expenses through taxation systems in their country, and in turn they are subsidized for their healthcare and medicinal needs, so it is a fully reimbursed market model. In the Middle East there is a mosaic of healthcare access across the region, so you have countries that are fully or almost fully reimbursed, such as Turkey, Algeria, and Tunisia on one end of the spectrum, to countries that are mostly out of pocket, like Egypt, for example, on the other end of that spectrum, and the rest is somewhere in between. In the GCC, for example, governments and private insurers combined cover the majority of both the local and expatriate population, which is a good position to be in. When countries like the UAE and Saudi Arabia put private insurance on the map and it becomes mandatory, it basically completes the picture and achieves almost full coverage for all inhabitants, so they become like Turkey or the EU from a coverage standpoint. The difference is that in fully reimbursed model countries, the payer is only one entity, i.e. the government and through their taxation systems. However, and as a result of this insurance mandate in the GCC, you end up with a system that provides the same purpose through different payers.

What type of companies do you represent in the region?

We represent many multinational companies wanting to operate in the Middle East and have their brands available for MENA patients, but want to do it through partnership as opposed to operating on their own. We have teams in the EU and US constantly looking for innovation and disruptive technologies that we think will address an unmet medical need or provide an improvement on existing therapies, or indeed provide better quality of life to patients in the region. For now we represent some products from global companies like UCB, Eisai, Kyowa Kirin, Genomic Health, and more. We operate as a one-stop solution to the region and as a licensing company for new pharmaceutical compounds that are not present here in MENA, thus acting as a bridge to bring this innovation from west to east, and hence the name NewBridge.