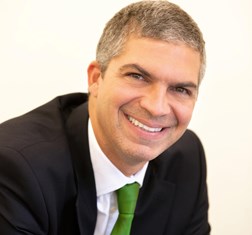 Iván Sandrea has more than 20 years of executive and technical experience in the oil and gas sector and has been active in Mexico for more than a decade. Prior to Sierra, he held leadership positions at EY, Statoil, OPEC, Merrill Lynch, and BP. He holds degrees from Baylor and Edinburgh University.

How would you assess the implementation of the 2014 energy reforms?

For upstream, it is going well, which was expected; the results speak for themselves. There are over 60 companies, close to 100 licenses have been signed, many wells have been committed, and there is several billion dollars of immediate activity by the private sector. In midstream, there have been certain issues. There has been progress in terms of opening the market, and many companies have been opening new petrol stations, though access to infrastructure and permitting, particularly with ports, has progressed slower than expected. Still, the intentions are good, and everyone is working hard to solve the bottlenecks. From the start, Sierra believed in the reforms and in the capacity of Mexican regulators to carry them out; therefore, we had first-mover advantage. We have done more than just participate and won bids; we have made discoveries and have actively been investing in the last three and a half years. The government has the right incentives in place, and with contracts and interests aligned, the opportunities are good. The reforms can truly be successful.

How would you assess the investment climate in Mexico, particularly in relation to other countries competing for capital?

When the reforms started, the macro oil and gas system was collapsing, companies were cutting capital expenditures, and many in traditional oil and gas regions such as the Middle East, Russia, Africa, and Brazil were facing trouble. And at the end of the day, Mexico has to compete with everyone. Mexico is a top-tier destination—in terms of risk and reward, it ranks in the top quartile. I have worked in many places around the world, and Mexico competes extremely well. It is modern and has many strong institutions, bilateral agreements, and large, close markets. In terms of Latin America, it is the most exciting place to operate, and from an exploration perspective, the most exciting place in the world

What is the significance of your discoveries in Zama-1?

Chiefly, it was the first exploration well and the first discovery after the energy reform. Second, the size and quality of the discovery were bigger and better than expected, and we are now working with a great challenge. Third, it is the largest offshore discovery in the tertiary reservoirs. Pemex has done a great job developing carbonate-level exploration in the Campeche zone, where there are billions of barrels still to be produced. However, private investors will put their money, technologies, and capabilities into the tertiary reservoirs, which are at the subsalt level and require complex structures and higher risk. The Zama discovery has had a huge impact on investment, which was evident in the last round of bidding when many competitors bid on the areas surrounding our zone. It confirms to the entire industry—and not just Mexico—that the newly opened zones are attractive. Finally, for us and our partners, it will allow us to make a quantum leap in terms of reserves, production, and hopefully cash flow.

What is your general outlook regarding Mexico’s hydrocarbon sector?

It looks extremely promising. Three years ago, we were one of the only fish in the sea as the first license holder. Today, there are many companies bidding on new zones, and the entire Sureste Basin has been taken. The sector has to speed up and begin drilling more, proof testing, and developing. We all look forward to regulatory continuity. The regulator has done an outstanding job thus far in the face of great pressure, both positive and negative. It has managed to pull off an amazing feat. We believe in Mexican institutions and their outlook for progress. There is always uncertainty when there is presidential change; however, we maintain a positive outlook on the sector.