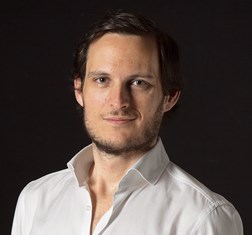 Francisco Pedro Balsemío has been CEO of Impresa, the largest media company in Portugal, since March 2016. Prior to that, he was Impresa’s Executive Director and COO responsible for HR, legal affairs, and sustainability. He got his law degree from Universidade Nova de Lisboa and has a master’s in law from Oxford. He also undertook a general course in management at the Nova School of Business and Economics and the Kellogg School of Management. Beginning as an associate at Linklaters in 2003, he later became an HR consultant for Heidrick & Struggles in 2008, before joining Impresa in 2009 as Human Resources Director. He was also an assistant adviser to the Portuguese Mission to the UN.

Share on:
How has Grupo Impresa evolved, and what are some of its milestones? There is Grupo Impresa and there is SIC, the company’s most relevant part, thanks to the country’s thriving […]

How has Grupo Impresa evolved, and what are some of its milestones?

There is Grupo Impresa and there is SIC, the company’s most relevant part, thanks to the country’s thriving TV business. Impresa as a holding was launched 45 years ago in January 1973, but first started as a newspaper, Expresso, that began during the Portuguese dictatorship. At the time, it was a huge risk to use free speech, and there was a lot of censorship. Fortunately, a year later, Portugal became a democracy. In the 1980s, we were able to buy some magazines and became a publishing company in the 1990s. SIC was launched in 1992 and became the pioneer in its industry. Although it wasn’t launched as a start-up due to its large and expensive launch, it was a pioneering operation as the first privately held TV station in Portugal. We had to be disruptive in terms of the way we operated, and due to our efforts, the channel quickly became the leader in the market in terms of ratings and shares within four years. Although we lost our leading status after maintaining it for five to six years, we are still leaders in commercial targets: the most affluent families turn to our channel, which is extremely important because they possess the purchasing power that advertisers want to tap into.

What strategy do you have to refocus the business on audiovisual and digital segments?

We had a large publishing business up until the end of 2017. When I became CEO in March 2016, the strategic plan in place was ending; therefore, I decided to hire a consultant to help us develop a new plan. One thing we had always felt was that the publishing business in particular, in Europe, the US, and Australia, is difficult. We had 14 publishing titles, and decided to sell all of them except our original newspaper, Expresso, and a music magazine. We decided not to sell it because we wanted to capture the younger target market; however, we stopped printing it and converted it to an entirely digital publication. It was hard to sell off our titles because it meant losing 200 people and 12 products; however, we had to do it because the contribution of all these brands combined was insignificant to our EBITDA. Expresso is an oasis here in the publishing business; it has a 36% share of the advertising market in Portugal. It has the largest circulation in Portugal, although print sales are falling. We will not close the paper version, although our growth is focused on the digital version. We are well ahead of the rest of the market, selling 25,000 digital copies of the newspaper every week. We sell 86,000 of Expresso’s weekly publications.

Impresa closed 1H2018 with EUR2.5 million, 30 times higher than figures in 1H2017. To what would you attribute that success?

It has been over 20 months since the 2017-2019 strategic plan was put into place, and so far, it has produced tremendous results. Selling the publications was important, in addition to reducing our fixed costs. Similarly, we had some programming cuts due to shows that were not getting a good return on investment. We had no opportunity to increase the return because many of them were foreign programs, such as Brazilian telenovelas. They were successful in the past in our programming slots, but consumers habits have since evolved. Another reason was our increase in advertising revenue, which related to our performance and ratings. It also had to do with the World Cup in 2018 as we had some of the matches alongside RTP. We developed new entertainment and news shows around the World Cup, and advertisers were eager to work with us.

There are different challenges we face. For starters, we have competition from international players; given that the media landscape is now global, there is no level playing field because the rules that apply to established media players in the past don’t apply to Netflix, Google, or Facebook. Nonetheless, local quality content is something that we are investing in, not just in terms of telenovelas, but in news and other fiction. When we start developing fictional products, we are always thinking about how they can be exported abroad—stories with a global appeal. For Dubai, for example, we have to edit and need to make sure that certain content is adapted according to local preferences. We are doing it systematically rather than ad-hoc. Our main goal is to move into our new building, an historical milestone since it means SIC will be in the same building as Expresso, something that has never happened in the company’s 45 years of history. Our goal is to create synergies in different areas, improve operations, and boost creativity and motivation.