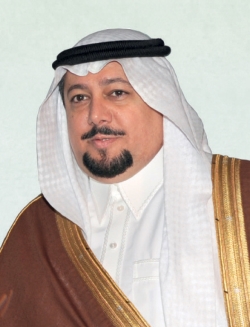 Eye On The Sky

Share on:
How has the group capitalized on Saudi Arabia’s growth and its increasing business potential to become a powerful force in diversifying the economy? Saudi Arabia has been, and continues to […]

How has the group capitalized on Saudi Arabia’s growth and its increasing business potential to become a powerful force in diversifying the economy?

Saudi Arabia has been, and continues to be, the growth engine for the Middle East. The projects announced and in progress since 2010 by Saudi Aramco and the government of Saudi Arabia have provided the private sector in the Kingdom and the GCC with tremendous opportunities for growth. Abdel Hadi Abdullah Al-Qahtani & Sons Group has invested in growing its existing infrastructure-related businesses by doubling and even tripling its capacities as well as establishing new related businesses that would allow the group to grow with the changing requirements of the Saudi economy.

What strategies have been most important to the group’s expansion, and how have you modified your approach over the years to adapt to changing conditions?

What is your strategy for successful joint ventures with foreign firms, and what are your criteria for which products or services to partner with?

In all joint ventures, we look at the market for the specific products and services in Saudi Arabia and the GCC. Technology transfer is vital for our joint ventures; we are constantly looking to introduce new and better technologies into the Kingdom and the GCC as a whole. We then look to establish a meeting of the minds between our group and overseas partners. If we feel that we have a shared long-term vision, we move forward.

In 2013, the group entered in the airlines business as a new segment for the group. What trends inspired this decision, and how will you capture market share in this rapidly growing market?

Abdel Hadi Abdullah Al-Qahtani & Sons Group won the second national flag carrier license in early 2013. We looked at this as an infrastructure business, which is much needed in Saudi Arabia to accommodate the growing domestic and international travel requirements of domestic and foreign nationals residing in Saudi Arabia. Our decision to enter this challenging field was based on a detailed analysis of the Saudi Arabian aviation market, projected growth, and our confidence in being able to deliver a service level that would exceed market expectations. We have recruited one of the strongest professional core management teams to drive this effort. Our core strategy is to introduce the latest technology aircraft, with the most up-to-date in-flight services, and a level of service not previously available in the market making traveling on SaudiGulf Airlines an absolute pleasure.