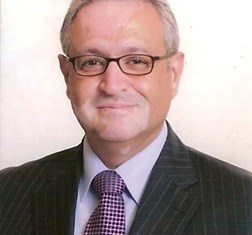 Eyes on the Future

Dr. Dureid Mahasneh is the current CEO of Tawfiq Gargour Shipping Company and Chairman of EDAMA. From 1980-1984, he was the general manager at the Marine Science Station in Aqaba. In 1984, he became the secretary general of the Aqaba Region Authority, and from 1991-1996, he served as the director general of Aqaba Ports. He was an assistant professor at Yarmouk University and is on the board of trustees of the German Jordanian University. He is the current Co-Chairman of the joint Water Committee with Israel. He holds a bachelor’s of science from the University of Jordan and a PhD in water and marine sciences from Duke University, where he also was a Fulbright Fellow.

Share on:
EDAMA works with the government, multi-lateral organizations, and educational institutions to raise awareness regarding environmental concerns and increase the share of renewable energy in Jordan's energy mix.

Can you provide some highlights of EDAMA’s last 10 years and a few of your goals moving forward?

EDAMA was mainly the focus of a group of people supported by different organizations to raise awareness regarding renewable clean energy, the environment, and water. Jordan imports most of its energy resources, and those resources are extremely expensive. In terms of water, we are the second-poorest country in the world, which places a great pressure on the country. We are a pressure group aimed at developing the impact of renewable energy. While the share of renewable of the total energy produced is less than 10% of total production, we are dedicated to expanding our presence further.

How do you plan to push the private sector toward renewable energy?

We are a fully democratic group, and our board members are elected every two years. They have a plan for pushing private-sector participation, and we continue to pursue these goals. We have pushed to stop some mining processes and have fought nuclear energy development. There should be a combination of energy sources, though we are in favor of increasing the share of renewable energy as much as possible. We are in direct contact with the government and work in tandem on projects. Regarding new renewable projects, we advocate for these with our members and partners in various departments of the government, embassies, and financial institutions. We work with groups like the World Bank, IFC, EBRD, EIB, and local Jordanian banks that give credit to investors as well as consumers interested in renewables.

What is Jordan’s capacity for exporting its local expertise in this area, and how does EDAMA play a role in doing so?

Different Jordanian corporations have developed outside connections via EDAMA. Jordanians are working on projects in Spain, North Africa, and Eastern Europe. In Jordan, our people and expertise truly set us apart. We produce fine young graduates in numerous areas of energy and water engineering whose skills could be utilized both in Jordan and abroad. However, we are facing a tough political situation in the region, and unless we see more communication and open borders, we might have a hard time. We are hopeful that reconstruction in Syria and Iraq will raise the level of know-how in their respective localities by utilizing Jordanian expertise.

How exactly do you envision the development of local industry and expertise?

We have many companies coming from the Emirates to do business in renewable energies, and they increasingly seek to utilize Jordanian expertise. At this level, we can work with the government to develop cooperation agreements with different countries. We can also count on our members to develop Jordan’s capabilities at home and abroad. Part of this is developing expertise at the university level.

Where do you see the most opportunities for improvement?

The government signed an agreement for importing gas, which means we will have excess energy supply. Still, importing cheap gas for energy is not being reflected on end consumers. We also want to see cleaner Euro 5 diesel applied more extensively across the country. The most problematic area is still water; we have not completed any new desalination projects, and we have not developed any new water resources. The influx of refugees also added to shortages in water supplies. In 2019, we will be focusing on water desalination projects and their impact on the Dead Sea and Jordan Valley.