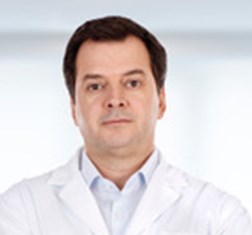 Eyes on the Future

Sérgio Reis Soares is director of the IVI RMA Lisbon, Portugal. He completed medical school, and residency in obstetrics and gynaecology at the Universidade Federal de Minas Gerais, Belo Horizonte, Brazil, where he also obtained a master’s degree in gynaecology. He also obtained a PhD in cellular biology, physiology, and immunology from the Universitat Autí²noma de Barcelona, Spain. After that, he spent five years at the IVI Valencia, working on his postdoctoral specialization.

Share on:
It took years, but IVI has established itself as a market leader in Portugal and is now focused on providing high-tech medicine at the lowest possible cost.

Could you please give us an introduction to the company and its main achievements?

SÉRGIO REIS SOARES IVI was founded in 1990 in Valencia and was the first European clinic exclusively dedicated to human reproduction. It rapidly became a field reference and marker leader in Spain. The intention was to eventually become global leaders both in terms of clinic results and research, and the clinic started global expansion in 2003 with IVI Mexico and then Portugal, Chile, Argentina, Panama, the Middle East, the UK, and Italy. Another large step in terms of global expansion was the merger with the Reproductive Medicine Associates of New Jersey in May 2017. Eight clinics have already opened in the US, and business is going extremely well. We started in Portugal just before the 2008 crisis, and with a great deal of effort, we have become market leaders in Portugal. An important shift occurred in 2016, when the Portuguese population started to feel some economic relief. Thereafter, 2017 and 2018 were especially great. We were in a privileged position and invested in developing research at IVI Lisbon, as we wanted this center to generate scientific knowledge.

What kind of help do you see from machine learning?

SAMUEL DOS SANTOS-RIBEIRO At present, machine learning is a huge topic. It first started in the field of oncology as an attempt to predict who would respond to a specific type of chemotherapy or have a higher chance of survival. We are attempting the same in assisted reproduction exploring multiple avenues. The first approach is trying to determine accurately whether an endometrium is receptive prior to embryo transfer. A second is in the development of algorithms that can continuously assess embryo development. This latter strategy will have a substantial translational application into every day clinical practice if we are able to accurately film the whole developmental process of the embryos produced, as we need to evaluate many different characteristics that an embryologist may not be able to detect when assessing at specific timepoints only. In Portugal, those who can perform research have the means and patients but lack the general know-how to perform it. To that extent, we purposely did not initiate many of the projects we had planned and are, instead, collaborating with other national centers on having more site performing research. Our ongoing projects with private funding started in 2018; at the same time, government-funded organizations are also keen to finance research.

What is your interpretation of the current health sector in Portugal?

SRS Though we have had an improvement, health services still suffer from limitations. Sometimes there is an 18-month wait for treatment at public units, and not everyone can afford private treatment. Even though we are unable to change the economic situation, we are trying to provide high technology medicine at the lowest possible cost. We also see challenging situations in terms of education, as the general population has little information regarding reproductive health care in terms of life habits that may have an impact on future reproductive performance. We have been trying to spread this information via webinars, campaigns, and courses. In terms of social responsibility, for years, IVI has been offering absolutely free cryopreservation of the eggs or sperm of patients who are about to begin oncological treatment.

What are your main priorities and goals for 2019?

SRS One of our priorities is the patient experience program, which we are investing in significantly to automate many of the steps from the moment the patient enters the clinic. There are a number of stages during the process that can be simplified, and our goal as always is to improve in terms of the clinical outcome and care that is given to the patient, not only technically but also in the human sense.