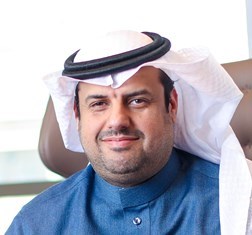 Saudi Cities to Be Among World’s Most Livable

Fahad Alakeel was appointed CEO of the Quality of Life Program in 2018. Prior to that, he was CEO of Najm Company for Insurance Services and held progressive roles at Riyad Bank, Arab National Bank, SABB, and Bank Al Jazira. He holds a degree from Carleton University.

Share on:
“The Quality of Life Program is one of the vision realization programs (VRPs) adopted by HRH Crown Prince Mohammed bin Salman in 2016.“

Can you elaborate on the essence of the Quality of Life program—launched in mid-2018 with a SAR130 billion budget—and how you envision funding be allocated to achieve these goals?

The Quality of Life Program is one of the vision realization programs (VRPs) adopted by HRH Crown Prince Mohammed bin Salman in 2016, which is based on three main pillars: a vibrant society, a thriving economy, and an ambitious nation. Vision 2030 aims to bring about a major qualitative leap on several levels including economic, social, cultural, and others. The Quality of Life program is one of the most comprehensive programs to achieve this vision, and the most relevant to the lives of citizens and residents. It was originally established to enhance the quality of life in the Kingdom through improved lifestyles and infrastructure development. Secondly, we also aim to improve lifestyles to support the entertainment, cultural, sport, and recreational sectors and to increase the interaction of individuals and society with these sectors. The infrastructure for this includes work on transport, urban landscape, housing, education, health and other vital sectors of the country. Funding for the program’s initiatives is through several means. Initiatives with high returns that can be accomplished quickly involve the private sector, such as the cinema sector, which has been revived through the program’s initiatives, the implementation of General Commission for Audiovisual Media (GCAM), and the private sector. Vital initiatives that lack financial or low-cost returns are achieved through direct government spending from the budget allocated to the program’s initiatives, which are implemented by various government agencies according to their mandates, such as the General Culture Authority (GCA), General Sport Authority (GSA), the Ministry of the Interior, the Ministry of Housing, the Ministry of Education, and other quality-of-life partners. In total there are 14 executive bodies for the initiatives of the program, on a total of more than 100 diverse initiatives, divided according to the competence of the partners. The program team works with all these agencies to ensure that the initiatives are completed and implemented.

In terms of livability in Saudi’s major cities, what are the main priorities to achieve a higher ranking?

Our priority is the parallel developments of lifestyles and infrastructure. Each of the executive bodies takes its initiative as a top priority, and we work with all partners to enable them to accomplish their initiatives efficiently and quickly. This is part of the Crown Prince’s vision when he talked about priorities: “We have many sides to deal with. We cannot stop the achievement of a particular entity due to the delay of another. It will definitely delay the entire government work. All parties are supposed to be supported and motivated to accomplish their achievements, and the delayed entity must be reviewed to identify their hindrances and work on it.” One of our objectives is to enhance the presence of the cities of the Kingdom in our international indicators. The ultimate ambition of the program is to include Saudi cities on the list of the world’s best 100 cities to live in by 2030, including the development of all sectors that pay attention to the quality of life and the well-being of citizens and residents. Part of our ambition is to rethink the existing infrastructure we have—for example, we can repurpose schools for other activities outside of school hours.

How can the Quality of Life program provide for a smooth transition into an active and vibrant entertainment sector, with all stakeholders involved?

Initiatives of a legislative nature occupy an important area of the program. The program works through several initiatives to change and develop legislation related to entertainment and culture and general legislation, which affect the quality of life in the Kingdom. We have initiatives with GCAM, GEA, and other sectors to remove any legislative obstacles to the growth of the sector and add incentive legislation that contributes to its growth. The legislation concerning GCAM and GEA was recently approved and is one of the main initiatives of the program to develop the general legislative environment in the Kingdom. Our organization is also well-positioned to monitor the ownership of the various programs, guide collaboration between the various authorities and, if needed, reassign certain responsibilities.

The entertainment industry alone is set to create 220,000 jobs by 2030. Where do these employment opportunities primarily come from?

The revitalization of the entertainment, cultural and recreational, sports, and artistic sectors means effective participation of the private sector, greater revenue growth, and an integrated economic cycle, which is positive for the Kingdom’s economy as a whole. For example, the recreational sector, which means more activities and recreational activities, leads to further employment of the private sector, increased investment, and increased financial revenues due to increased spending by families and individuals on entertainment, which directly creates job opportunities for Saudis in this, here, relatively modern sector.

What primary ambitions you have set for the coming year?

Following the approval of the organizational arrangements for the Quality of Life Program Center in November 2018, the program has now become one of our core priorities. The center will be independent and aims to support the hobbies sector, develop possible regulations and specialized competencies in quality of life, and initiate innovative creative initiatives. In 2019, we aspire to improve the quality of life in the Kingdom, move ahead with all the program’s initiatives, build a broader strategy for the coming years, and come closer than ever to making the Kingdom’s cities some of the leading cities in the world.