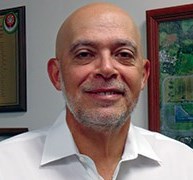 Share on:
Aeris is focusing on making airports more enjoyable for travelers, at the same time capitalizing on the exponential growth of aviation and air travel in the region.

What can you tell us about the current state of the aviation sector in Costa Rica and the traffic coming into the country?

Aviation will continue to grow, though the more one grows, the more difficult it is to maintain a high percentage of growth later on. Our expectation for growth in 2018 is about 6%, in comparison to our 10% growth every year for the last three years due to the substantial increase in European flights. We have a new airline based in Costa Rica for the Central American and Mexican market. This was already our largest market after the US and is an extremely important one, covering all travel between the Central American countries, Mexico, and South America. We also have the participation of LATAM Airlines flying directly to Costa Rica from Lima, which is currently the fourth-largest carrier in South America, complementing Avianca, Copa, and Volaris.

Where do you see the biggest opportunities for growth?

There is a huge opportunity in South America, as we have few travelers from Brazil, Chile, and Argentina. We are working on that, in particular with GOL Airline from Brazil. We have two local carriers, Volaris and Lacsa, which are not Costa Rican but companies based in Costa Rica. We currently have more Costa Ricans travelling; in 2010, our first full year in Costa Rica, only 25% out of a total of 1.5 million passengers were from Costa Rica. Now, the figure has grown to 72% of 2.5 million. The component of Costa Ricans travelling is an extremely important element of our service development. Recently, Southwest Airlines opened its first local sales office outside of the US in Costa Rica.

On what grounds can Costa Rica increase the frequency of flights on already established routes?

We have Air France, British Airways, KLM, and Lufthansa in addition to Iberia and Condor, which continue to fly from Frankfurt. We have a high occupancy factor on all of them. These airlines have been successful here and will therefore increase their frequencies. We facilitate the service for them with a standard tariff that is significantly low for a wide-body aircraft. The Costa Rican Tourism Board (ICT) has an incentive scheme whereby it invests 50% of the money that the airline spends in promoting Costa Rica.

What are your strategies to make the airport more enjoyable for travelers while also creating more business revenue for you?

We are expanding the commercial center that we developed in 2013, which was an extremely successful investment for Aeris. We are expanding it to integrate a food court and are developing a concept where travelers have to pass duty free and go through retail to get to the food and beverage outlets. We are in close conversation with the government to formulate a plan that will transform these stores to a high-class, state-of-the-art duty-free environment. We will have an extraordinary opportunity to do that soon. As part of the enlargement of the commercial center, we are considering having quality duty-free stores, which is lacking in Juan Santamarí­a Airport. We are pleased with the expression of Costa Rica’s art and culture, especially with the Britt store, which is an extraordinary retail operator with a presence in many airports in many countries. It is a Costa Rican company that is extremely proud of its work. We are developing better VIP areas in addition to the current two and will have a third one soon. With food and beverage, we have a new tender early in 2019 to bring in better offers, because our market studies have identified that passengers want more casual dining offerings in our terminals. We have two challenges that we want to address in 2019: access to the airport in terms of traffic and controlling the taxi offerings when leaving the airport.