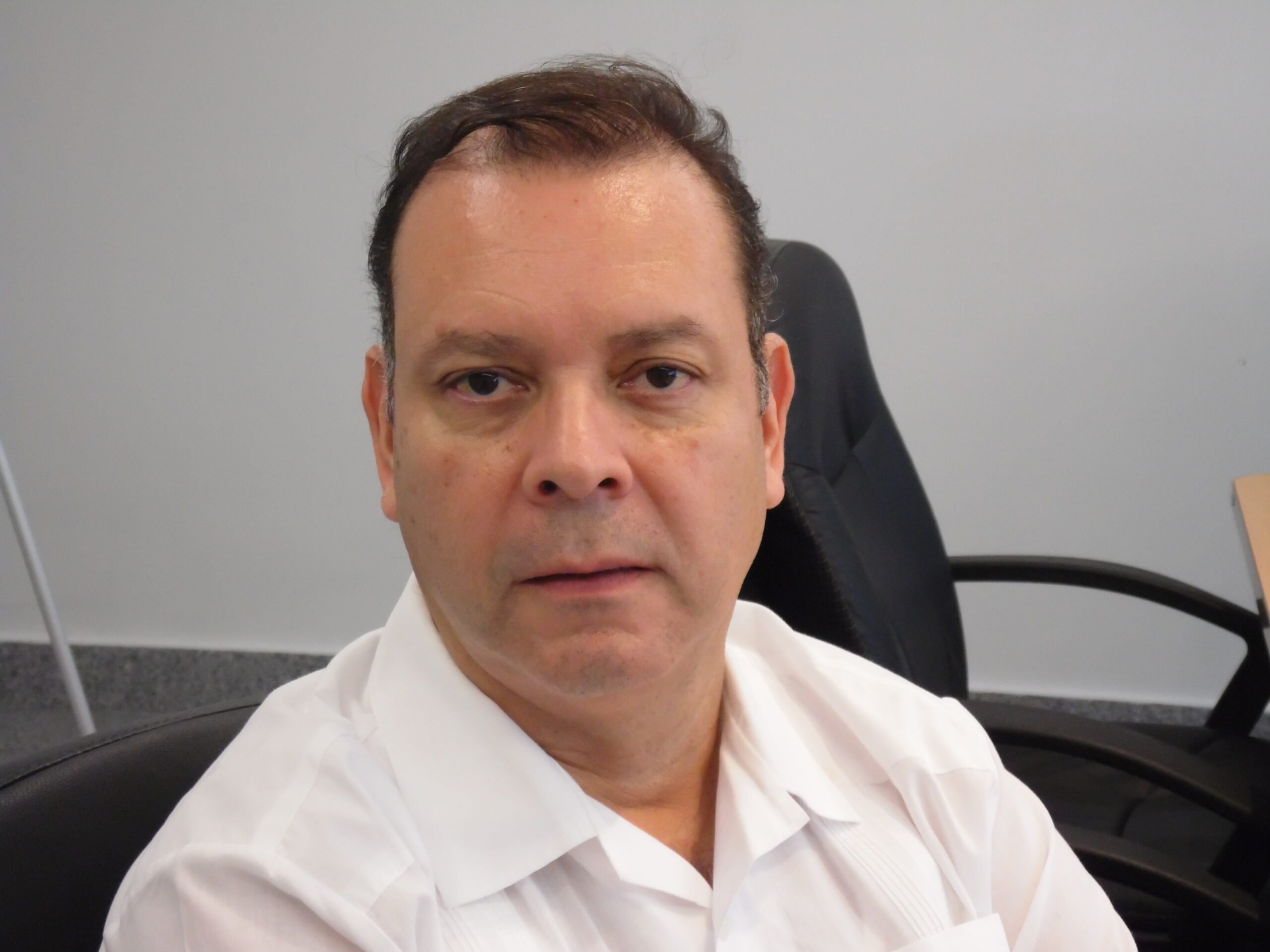 Nicanor Rivera studied topography and geodesy at the National University of Costa Rica. After completing his studies in Costa Rica, he returned to Panama City to start with Nestle, S.A. for a year before going to work at the Tommy Guardia Institute. He then began his sales career at Plastigas, S.A. and quickly became the sales representative and later manager for well-known brands such as BBC, Sulzer, Winckler & Co, ASEA, Kvaerner, and Elof Hanson. Since 1998 he has been dedicated to the development of the market for ABB Panama and has extensive knowledge of distribution products, transmission, generation, and industry.

Share on:
TBY talks to Nicanor Rivera, General Manager, and Blas Gonzalez R., Cluster Manager Central America and Caribbean, of ABB, on how to handle extensive competition, expanding into solar energy, and remaining at the cutting edge of technological breakthroughs.

How was 2017 for ABB’s operations in Panama?

BLAS GONZALEZ R We are responsible for the entire Central American and Caribbean region for ABB. As Country Manager for the entire region, I have an overview of all the areas. In Panama’s case, the country is experiencing a slowdown, which is not what we were expecting. There are new players here, such as Chinese companies. ABB has more competitors, which makes business tougher. Nevertheless, we still expect a return on next year.

NICANOR RIVERA The window is open right now with major projects underway, such as the fourth transmission line, which also includes two big substations and 500 KB. This is USD500 million worth of power equipment and is a great new opportunity for us that we did not expect to get even two years ago.

Will ABB bid for this kind of project?

BGR No, in these countries we are equipment suppliers. We have to wait for an engineering, procurement, and construction (EPC) company to bid, and then we come in behind it and give a quote for our equipment. We try to provide quotes to as many EPCs as possible that are participating in such bids. The problem is that, for example, a Chinese company will always buy its equipment from China. Locally, we do not have many opportunities with Chinese companies, just for after-sales service. However, the real business for us is selling equipment.

In 2017, ABB expressed its intention to expand in solar energy. How is this progressing?

BGR Cirsa is one of our customers and has several projects in Honduras and Panama. We are currently waiting for a decision about these projects, which are somewhere in the region of 50MW. One of ABB’s main interests is renewables—solar, wind, and geothermal. However, today solar power still only makes up 2% of Panama’s power generation. There are many hydropower generation plants in the country, which prevented many from thinking about solar in the past. Now, the country has started to consider it, though the existing legal framework is not clear. For example, there is a law that prioritizes the generation capacity of existing plants, so big companies are not interested in new projects. Second, there is a great deal of debate about the new solar tax the government wants to introduce. In a small market such as Panama, tariffs will discourage people. We are still a suitable country for renewables, but the government has to clarify its laws to encourage renewable projects here.

In 2017 there were more than 25 competitors in the market. What competitive advantages does ABB have in Panama?

BGR Our name and brand are an advantage. One of our strengths that few other companies have is that ABB invests a large amount in R&D. This means our equipment is truly at the cutting edge of technology. We also offer many devices that relate to IoT and digital technology, and have over 100 ABB products for our customers in the fields of IoT and digital communications and solutions. Added to this, we are locals.

What are your main objectives and priorities at ABB for the year ahead?

NR In the next year, we hope to be involved in the new transmission line and substation project. These substations will be huge, so it is important for us to try to be involved. ABB previously worked closely on a major part of the Panama Canal expansion project, an important project for us on which we were involved for eight months.

BGR We are also developing more capabilities and services because we want to grow in this segment, especially in transformers and digital solutions. For this, we will hire more people, mostly in Panama but also elsewhere in the region. We are keen to expand our capabilities in terms of projects. We are mainly equipment suppliers, though we are developing a couple of units locally to approach small power solution projects in the USD1.5-3 million range.