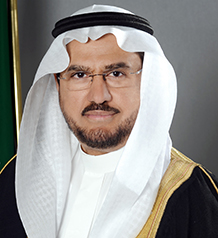 Capt. Badr A. Alolayan has been Managing Director of Prince Sultan Aviation Academy, a Strategic Business Unit (SBU) of Saudi Arabian Airlines, since 2015. His aviation career spans over 34 years, and he has served in numerous positions including manager flight training, fleet manager, assistant general manager flight operations training, and flight operations inspector in the General Authority of Civil Aviation. Alolayan has participated and chaired numerous corporate committees related to advancing the aviation industry.

Share on:
TBY talks to Capt. Badr A. Alolayan, Managing Director of Prince Sultan Aviation Academy SBU (PSAA), on the history of the academy, its range of training services, and its upcoming growth targets.

The Saudia Pilot Training Institute was established in 1959, but PSAA only began in 2004. What was the reason behind establishing PSAA?

The vision of PSAA was born from a commitment to a brighter future. From its first built training center in 1959 and second flight operations training center built in 1979 to the present facility, which was inaugurated by HRH the late Prince Sultan Bin Abdulaziz on December 3, 2004, PSAA became a Strategic Business Unit (SBU) of Saudia on April 7, 2010, and provides professional, advanced aviation training to regional and global commercial air carriers, including Saudia. The PSAA privatization process is in the final stage and has resulted in us becoming a subsidiary. We have kept alive the promise to the Kingdom and its people for world-class aviation training and services. This was only made possible with the tireless support of senior officials, executives, and our proficient and skilled manpower.

What is the scope of the training PSAA offers?

PSAA provides professional, high-quality training to commercial air carriers in compliance with the regulations of the Kingdom of Saudi Arabia, the General Authority of Civil Aviation (GACA), and international standards. We currently serve Saudia Airlines and its affiliates, including Saudi Private Aviation (SPA), the Royal Fleet SBU, Saudia Cargo, and Saudia Aerospace Engineering Industries (SAEI). We also train other agencies and airlines, including the Royal Saudi Air Force (RSAF), Flynas, Air Atlanta, Alpha Star, Air Asia, Eaglexpress, and so on. PSAA operates full flight simulators as well as flight training devices covering some of the most widely operated fleet types in the world such as Boeing 747—400, Boeing 777—200, Airbus 330 and A340, Airbus 320—200, and Embraer 170. These are all fitted to industry-leading specifications that permit training on most variants and sub-types. We train pilots, co-pilots, and flight dispatchers. Cabin attendants also take the safety component of their training at PSAA. At some stage of training, some of the aircraft mechanics use the simulator at PSAA for engine run exercises. English language proficiency tests are also authorized to be conducted at PSAA. This has to be endorsed on the pilot license.

What is PSAA’s strategy and plans to keep up with the rapid growth in the sector?

At this point, we are just about matching our customers’ demands. However, this will not last for long. In few years’ time, we will have to expand our operations again. We will likely double our business capacity to meet the anticipated demand. We need to plan for this now. We have several objectives for 2016. The first is to increase our customer base outside our sister companies. Furthermore, we are implementing a distance-learning program to match the latest learning technologies, scenario-based training, and more. This will require upgrades of our computer-based training infrastructure targeted for completion by the fourth quarter of 2016. In addition, by the second quarter of 2017 we will have two new simulators installed. One is the 787-9, and the other is an additional Boeing 777-300 simulator. In the meantime, we have purchased two simulators for basic training; these devices will be utilized for the jet orientation training phase as well as refresher training for new cadet pilots. In summary, PSAA is registered in Jeddah as a limited liability company, LLC, and has the latest flight training equipment including full flight simulators (FFS), flight training devices (FTD), integrated procedure trainers (IPT), computer-based training workstations, cabin emergency evacuation trainers (CEET), and door trainers.

What recognitions and awards has PSAA received in the last five years?

GACA issued PSAA a Training Center Certificate. Hence, PSAA is empowered to operate an approved training center and can conduct training courses with respect to GACA Part 142 Regulations. We also have GACA authorization to conduct ELP testing and rating, an EASA Certificate for B747-400 full-flight simulator, Airbus certification as an International Training Organization, Boeing Certificate of Compliance, and an ISO 9001:2008 certificate.