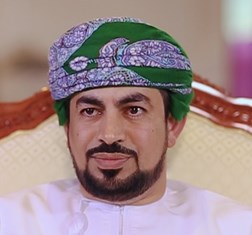 Dr. Abdullah Bin Nasser Al Harrasi holds a BA in English language and literature and an MA in language studies and translation from the College of Arts, Sultan Qaboos University. He also holds a PhD in translation studies from Aston University, the UK. He is currently head and Editor-in-Chief of the Omani Encyclopedia Project and was previously editor of the Journal of College of Arts and Social Sciences. He held several positions at the English Department at the College of Arts, Sultan Qaboos University. He was appointed chairman of PART in 2011.

Share on:
PART has changed a great deal since its establishment in 2011 and has expanded its offerings significantly.

How do PART’s offerings cater to the interests of all Omanis?

PART has changed a great deal since its establishment in 2011 and has expanded its offerings significantly. We now have three new television channels—live events, sports, and culture—in addition to our general TV channel. We have also done a great deal in the radio sector. We have five radio stations—a general station, a youth station, the Holy Quran station, an English channel, and a classical music channel. Our television and radio offerings provide a bigger picture of the contemporary development process throughout Oman and its cultural identity. Our different channels and stations incorporate the different interests of the people and focus on Omani culture.

How is PART expanding its digital presence?

PART has also worked hard on the digital front. We have a strong mobile app that plays our radio stations and TV channels. We also put the TV programs we produce on YouTube and the radio programs on SoundCloud and are working to produce our own platform to stream our TV and radio channels. We also have a strong presence on social media platforms. We have interaction between our programs and our viewers and listeners through social media platforms such as YouTube, Twitter, Facebook and Instagram.

What is the importance of providing quality TV and radio offerings to Omanis?

On our stations and channels, we start with the basic principles of the Omani state, its cultural identity, non-interference in the business of others, the independence of Oman, and promoting the culture and development projects all over Oman. We have opened branches in the different governorates of Oman, from Musandam to Dhofar, to cover almost every event in Oman. People can watch their local developments on the TV and listen to it on the radio, and in this way they can see a reflection of themselves, their concerns, and their culture and identity. There are also many people outside Oman who tune in to Omani TV and radio through our applications and websites. The benefits are derived by both Omanis and non-Omanis. It is also about helping people retain their culture, which is an important goal of the state.

What strategies does PART have to grow its international audience?

Our primary audience in within Oman, though we are also present in the satellite and digital spheres, and we have many viewers and listeners from outside Oman. The international viewers who watch Omani TV are interested in the country or want to know more about our culture or economy. Some investors may also use our coverage to look into the investment horizons here. More than the audience numbers, we are interested in how people see us in terms of the credibility of our content. In 2015, the local National Center for Statistics and Information conducted a study about how Omanis perceive their radio and TV channels. As we expected, the large majority of people trust what we say. Our coverage is spreading, and more people are watching and listening to our channels; however, more importantly, the level of trust and our credibility are strong.

What new television channels is PART working on?

We are looking into opening two new television channels. One is a children’s TV channel that would focus on producing content for children, but specifically from an Omani cultural perspective. We already have international and Arabic children channels, though the messages are not the ones we want our children to learn. The other new channel we are working hard on is a news channel, again to focus on Omani content, though addressing both the Omani and the external Arabic audience.