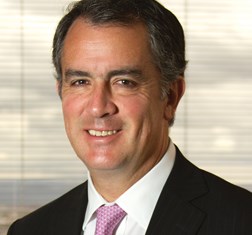 For the long haul

José Miguel Linares is a lawyer by trade and has been with Drummond since the early stages of its operations in Colombia in the late 1980s, directly participating in the negotiations with the government for mining contracts and setting in motion the purchase of the real estate where the operations are located. After his post as the company’s legal and administrative manager, he strategically transitioned to become vice president of corporate affairs. He took on the presidency toward the end of 2012.

Share on:
What role does Drummond play in the economy of Colombia and the region?Since we started exporting from Colombia in 1995, we have been growing our production and exports of Colombian […]

What role does Drummond play in the economy of Colombia and the region?
Since we started exporting from Colombia in 1995, we have been growing our production and exports of Colombian coal to become the largest player in the market. Coal is the second-largest export product of Colombia, and Drummond exports 100% of its coal. Drummond set a goal to export approximately 32.5 million tons of coal in 2019. We have been investing in mine, port, and railroad infrastructure so that today our port has an installed capacity of 60 million tons. We have invested in mining equipment and training as well. Depending on the market situation, we plan to continue growing at a comfortable level, as we have done in the past. We have three more mining concessions that have not yet been exploited. Together with the ones currently in production, we have cumulative reserves of 1.3 billion tons, which are enough to last more than 30 years. The reserves left at La Loma alone are 60 million tons. At present, 70% of our production comes from El Descanso North and 30% from La Loma. We are not operating in other areas yet and are working on our future mining plans.

What can you tell us about Drummond’s integrated and multifaceted approach toward the environment?
We can do much more backfilling with our integrated operations. Once we finish production at La Loma, we will enter El Descanso South. This way we are able to take some overburden from the new areas and deposit it at the area behind. This is much better for environmental purposes because it reduces the traffic of mining equipment, which means less emissions. It also requires fewer waste dumps outside of the mining area. As we advance, we also recover previous areas and waste dumps. We have been seeding these areas, and we have recovered over 1,000ha. We are always trying to reduce our impact on the environment. We also have a strong commitment to the surrounding communities. We are working in multiple strategic areas in our social responsibility programs and developed a strategy focused on four main objectives: peace and human rights, economic development, strengthening institutions, and environmental management. When we started operations, this region was lacking a strong government presence. We immediately started communicating with the community to understand their needs and expectations, and we designed our programs accordingly. At that time, we identified the main concerns to be education, health, and job development programs. The first problem we identified was a lack of infrastructure, which is why we invested heavily in this. Since then we have also worked on improving the quality of education and expanding our presence.

What can we expect from Drummond in the coming years?
We want to continue being an important investor in Colombia and contribute to the economy and development. We also want Colombia to continue being an important source of coal for the world. We are also in initial phases to enter the oil and gas sector. We are committed and will see how it develops in the country. Lately, there has been a great deal of discussion about shifting to renewables, and the company has been a part of that important discussion. We need consistent and constant energy sources to supply energy at a steady level. In light of recent developments, the end users and clients want to know not only the quality of the coal but also how it is produced. This is why we were the first company in the world to participate in an assessment under the Bettercoal code, an initiative from the most important European coal buyers. There are 10 basic standards they use to evaluate, with over 150 criteria on ethics, human rights, social investment, the environment, and so on. We started participating in 2014 and since then have been reassessed twice. If you look at those reports, Drummond has received the best evaluation.