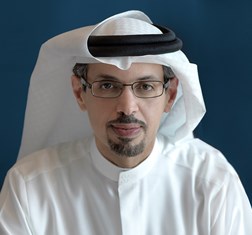 Hamad Buamim has been the President & CEO of Dubai Chamber of Commerce & Industry since 2006. He is also the Deputy Chair of the World Chambers Federation – ICC in Paris. Buamim also serves as a Board Member of UAE Central Bank, Dubai World, and Dubai International Financial Center. He acts as Chairman of National General Insurance and Hawkamah, the Institute for Corporate Governance. In previous roles, he served as Chairman of Emirates Financial Services and Emirates NBD Capital as well as a Board Member of Emirates NBD and Network International. Buamim holds an MBA in Finance from the University of Missouri and a Bachelors in Electrical Engineering from the University of Southern California.

How do you assess Dubai Chamber’s accomplishments in Latin America in the past year?

Dubai Chamber has ramped up its activities in Latin America as part of its international expansion strategy. These efforts are aimed at increasing Dubai’s trade and investment with the region and forging closer ties between the UAE and Latin American business communities. The opening of Dubai Chamber’s representative offices in Brazil and Panama were major steps forward that have enabled us to strengthen our relationships with key public and private sector stakeholders, identify promising business opportunities for our members, and promote Dubai as an attractive market for Latin American companies. We plan to further expand our presence in the region with an additional office in Argentina in the near future. Over the last few years, we have signed cooperation agreements with several chambers of commerce and other government bodies with the aim of boosting our access to promising Latin American markets. We have also allocated around USD27 million to raise awareness about business opportunities in Latin America, which reflects our strong commitment to forging closer economic ties with the region. This investment supports the activities of Dubai Chamber’s existing offices in Latin America and the Global Business Forum (GBF) on Latin America. GBF Latin America is our flagship event series that brings together heads of state, policymakers, top government officials, prominent CEOs, business leaders, and entrepreneurs from the UAE and Latin America to explore bilateral business opportunities. Over the last few years, the series has generated a lot of interest and achieved significant progress with regards to fostering economic cooperation between the UAE and Latin America.

Officially inaugurated in July 2018, Dubai Chamber’s Panama office is focusing its efforts on identifying business opportunities that can create mutual benefits for UAE and Panamanian businesses alike. Panama and the UAE share many synergies as both countries serve as strategic gateways to their respective regions, while they also boast highly developed logistics expertise and infrastructure. Dubai Chamber’s Panama office is actively assisting companies in the country that are keen to trade with Dubai, expand their global footprint, and access markets across the GCC, Middle East, Africa, and Asia. Beyond trade facilitation, our Panama office regularly hosts and attends meetings, exhibitions, seminars, and networking events in Latin America, and works with government entities and business communities in the region in organizing trade missions and bilateral meetings.

Why is Dubai Chamber focusing on Panama specifically, and how do you aim to build on synergies between Panama and the UAE in the future?

As an attractive trade, logistics, and financial hub, Panama is one of the best places to do business in Latin America. The country offers a stable business-friendly environment and excellent infrastructure, in addition to attractive incentives for foreign investors. The country connects directly to 78 cities on the American continent and across the world through its sea ports located on its Pacific and Atlantic coasts, airports, and, the expanded Panama Canal. We hope that direct flights between Dubai and Panama will become a reality in the future as this would be a major factor that would enhance business relations between the two sides. Other measures, such as the easing of visa restrictions for citizens travelling between the UAE and Panama and additional strategic agreements facilitating cooperation in new sectors and areas would also help build bridges between business communities. One of our main objectives is increasing Dubai’s non-oil trade with Panama, which amounted to nearly USD21 million in 2017, and expanding the scope of trade and investment to new high-potential sectors and product categories.

What are the key sectors for the growth of bilateral trade and investment between Panama and Dubai?

There is huge potential to expand trade and investment ties in key economic areas such as manufacturing, finance, logistics, and tourism. Panama can serve as a strategic gateway for UAE businesses to access the Latin America region. The recent expansion of the Panama Canal has made trade with Latin America much more efficient. Panama’s robust economy is among the fastest-growing in Latin America, and its prospects for the future look promising. The country is home to a rising middle class with growing spending power, which is creating plenty of new business opportunities in the areas of fintech, financial services, real estate, data, free zones, port infrastructure, logistics, dry docks, and infrastructure projects, which UAE companies can capitalize on.