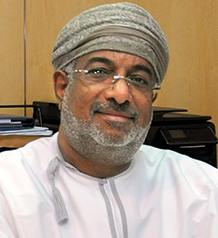 HE Yahya Said Al Jabri is Chairman of the special economic zone at Duqm. He has experience in global corporate and investment banking, with academic qualifications from esteemed American schools including the Kellogg School of Management, Harvard Business School, and Darden University, where he obtained degrees in advanced management programs. He was a member of the board at the Central Bank Board of Governance of Oman, the Oman Investment Fund (OIF), and the Telecommunication Regulatory Authority (TRA). He is also Chairman of Pak Oman Investment Company, the Capital Market Authority (CMA), and Oman Airports Management Company (OAMC).

Share on:
TBY talks to HE Yahya Said Al Jabri, Chairman of Special Economic Zone Authority of Duqm (SEZAD), on the massive scope of development at Duqm and making Duqm and Oman a logistics hub.

Chinese consortium Oman Wanfang seeks to deliver 25 projects in Duqm worth around USD11 billion. How has this progressed, and what can be expected?

SEZAD allotted the consortium a concession area of almost 12,000sqkm for certain SME projects, including 25 light industrial projects. Petrochemicals will be part of the second phase while hotels will be the third and final phase of the project. The land has already been marked out for the first phase, and the plan is being approved for greenfield infrastructure works, such as roads and electricity. We expect to see something on the ground by early 2018. The consortium is also doing its planning and design work for the hotels, and we expect the first results in by 3Q2018. The petrochemicals phase will need gas and that will not be available on site until 2019; designs are being plotted at this moment. This project has given other parties an incentive to get involved in Duqm. For example, Indian investors have requested land and a concession, and we have given them 600,000sqm to build a “Little India” with hotels and ICT-related projects. At the moment, there are local investors in Duqm, as well as regional investors from Iran, Qatar, Dubai, Kuwait, and Saudi Arabia.

How will the Port of Duqm, Oman Drydock Company, and the other logistics projects help boost Duqm’s role in creating a hub?

There is no doubt that all these will boost the logistics segment as this location is great for any goods being transported to Africa, Asia, and elsewhere. Duqm is close to many countries with large populations, such as India, Pakistan, and China. In addition, we have great access to East Africa and a historically positive relationship with the region; many Omanis speak East African languages, for example. There are many Chinese entities that are interested in Africa, and they want to use Duqm as the main hub to access East Africa. All this will come together to help make Duqm, and Oman in general, a logistics hub.

What have some of the challenges of transforming Duqm, and is there room for improvement?

One of the biggest challenges initially was reaching this area. Secondly, there was not much development here. Duqm used to be a fishing village with a population, including non-Omanis, of 3,820. To convert that desert into a city with roads and other infrastructure, hotels, and houses has not been easy. This has been possible because each unit within the government fully supports SEZAD, as do all the non-governmental stakeholders and entities. We have managed to convert this village into an integrated zone today—one of the biggest port areas in the Middle East— with almost 500 hotel rooms, an airport, drydock, upcoming refineries, and investors from countries like China and India. We have all worked together to overcome the initial challenges in terms of access and services; now one can fly to Duqm every day. Another challenge was utilities, such as electricity and water, because it was a small village purely involved in fishing. Now, it is like any other city in terms of lighting, traffic lights, and so forth. Everything is new, and there are no obstacles because it is a greenfield project, which, although can be a challenge, is also a great opportunity. By 2022 most of our infrastructure will be complete and fully functional.

What are your main objectives for 2018 at SEZAD and Duqm, as a whole?

We want to achieve most of our targets and avoid any delays. However, the most important thing is keeping the refinery project on track. We also have the Ras Markaz oil storage project with Oman Oil Company coming up. It is starting by constructing a storage capacity of 25 million barrels, gradually going up to 150-200 million barrels, which will be a huge facility.