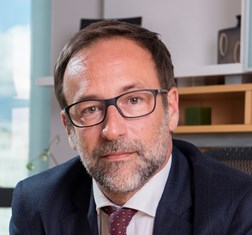 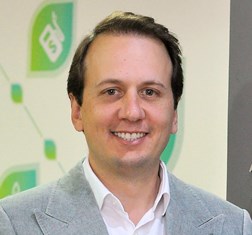 Share on:
Due to low costs and low penetration in homes, the natural gas sector has great potential for growth.

What opportunities do you see in the Mexican market?

NARCÍS DE CARRERAS Today, we have almost two million customers, and there is great potential because of the low penetration of natural gas in homes and businesses here, below 10%. At this moment, we have more than 2GW of power in combined cycles, gas, and with a key client, the Federal Electricity Commission (CFE). There is also a third-party access (TPA) scheme that works extremely well to generate competitive and efficient electricity for CFE. Additionally, we have a wind farm of 234MW in Oaxaca that we developed independently for private sales. Mexico is one of the most important growth countries and represents 12% of the group’s global operations. When it comes to forecasting the market, it should be said that industrial and gas generation demand is growing steadily in Mexico every year. In addition, the areas where we distribute gas have GDP growth above the country average, including Monterrey, Nuevo León, Saltillo, and Bají­o. In these areas, annual GDP growth is 6-8%. The energy demand corresponds to the growth of GDP, and we foresee a sustained growth in gas and electricity demand. Indeed, electricity demand here is growing by 4.4% YoY, a rate that few other countries can match.

CAIO ZAPATA Gas is much cheaper in Mexico, especially since we can offer it at a 30-40% lower cost than other fuels. For most companies, fuel can represent 40% of their total operating costs, which means a 30-40% price reduction can turn a losing company into a profitable one. Most of our work has been substituting other fuels and making it easy to calculate the savings they are getting. The biggest issue is that Liquified Natural Gas (LNG) is a concept not many people have heard of, but we are working to position what LNG is, how it works, and its benefits. Most of our work has been in educating customers, since there are certain safety measures they also need to know about. As a whole, the biggest opportunity we have seen in Mexico is the lack of infrastructure, which has a limited natural gas pipeline distribution network. For example, Texas has more than double the pipeline length of Mexico. Our business is to deliver natural gas where there are no pipelines, and right now, some cities and remote areas in Mexico either do not have access to natural gas or supply is insufficient.

What strategies are you using to grow your network in Mexico?

NC The gas business is extremely different from electricity, which electrifies cities with a 100% coverage objective. In gas distribution, there are areas without sustainable profitability for network development. As such, we are growing in the cities where we already have operations, particularly in Mexico City, where the penetration of natural gas to homes and businesses is below 20%. We want to open new ways of consuming natural gas such as natural gas for cars, which is extremely competitive in terms of pricing in this country. In other cities, as long as it is profitable to pull the industrial, commercial, or domestic network, we will do it. The south is interesting, and we began betting on it even before the new government. We have already requested permits for gas distribution in different states of the south. The problem is that at the moment, there is not much gas, and until an infrastructure of gas pipelines for American gas is built, the south will have a shortage of gas—especially since consumption there is dedicated to the generation of electricity.

CZ We would like to have more of a presence in the industrial sector and expand into the pipeline and infrastructure sectors. We have also been working with multinational companies, which often care more about environmental regulations than local ones. Natural gas is better for the environment than any other hydrocarbon. Internationally, on the other hand, we are trying to deepen our US presence and cover the same sectors we cover in Mexico. In Mexico, there are several states that we do not serve, and our intention is to reach them.