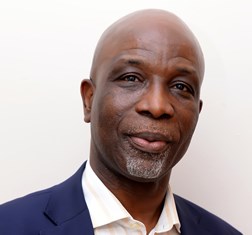 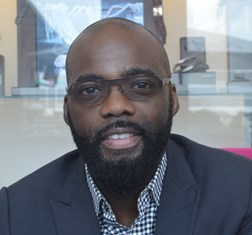 Share on:
Combined with new methods for capturing gas flares, new policies such as the National Gas Policy (NGP) and the Nigerian Gas Flare Commercialization Program (NGFCP) are opening the way for Nigerian firms to better develop the industry.

Frontier Oil is targeting 200 million scf of gas production. How is that progressing?

DADA THOMAS We did not achieve our target of 200 million scf of production in the last couple of years, but this was not because we have not been ready. We have the well, plant, and pipeline capacity, but the off-takers have not been able to take the volumes of gas they contracted for. That is unfortunate, because we have invested in capacity that is underutilized. Until they gear up and start to take the contractual volume, the target remains our goal, even though it is out of our control. However, we have seen improvements and saw a much higher uptake during 1Q2018. It dropped again as maintenance began, but hopefully, once the maintenance is over, we will work to push the numbers up.

DIKKO ATANU With Nigeria having more gas reserves than oil on a barrel of oil equivalent basis, the key development over the past year has been the approval of the National Gas Policy (NGP) by the Federal Executive Council. The gas policy aims to be the cornerstone and governing tool for repositioning gas development in Nigeria as a critical path for industrialization via increasing gas to the power sector, gas-based industries, the use of gas as a transportation fuel, and attracting much-needed capital across the gas value chain. A key takeaway from this policy for small-scale gas operators and developers and companies seeking to take gas the last mile is the fixing of the price for domestic LNG at USD1.20/mcf. The problem that was typically faced by last mile end users seeking gas away from the pipeline grid has always been the delivered gas price being too high. For CNG and those seeking to go into LNG distribution, they typically have had to contend with willing-buyer, willing-seller negotiations for a wellhead gas price that is unfortunately too high from the onset. By the time infrastructure costs, which include liquefaction, regasification, and transportation and financing costs are factored in, the delivered price becomes too costly. Fortunately, this new policy addresses those concerns, and ensures that feedstock gas earmarked for the domestic market in the form of CNG or LNG becomes comparatively affordable and competitive to alternative fuels.

What is the government doing to foster the industry?

DT First, government power plants are not operated as efficiently as they ought to be. According to my mantra, the government should not be running businesses. Nonetheless, we hope the power plants will eventually be fully privatized, similar to the Calabar power plant, which is back on the path of full privatization. Ibom is fully state-owned; hence, it is difficult to predict its future. Calabar makes up 60% of our offtake as the base load, and if its management fails to take the volumes, we are affected. This is due to inefficiencies rooted in the government’s involvement. In total, there is 13GW of installed power in the country, but only 7GW is available for reasons such as technical problems including inadequate gas supply; some generators are offline and sometimes one power plant is repurposed to run another. When it comes to meeting supply, the solution is simple: deregulate the power and petroleum products (PMS) market like they did with diesel and leave things to market forces and competition. Equally important, governments should be welcoming new business instead of putting up barriers.

DA The two policies highlighted earlier—the National Gas Policy (NGP) and the Nigerian Gas Flare Commercialization Program (NGFCP)—are excellent first steps in developing the country’s gas reserves. These policies provide both fiscal and regulatory certainty on the direction the government is heading, and allow for a project-based approach rather than a centrally planned model for domestic gas development. In addition, it allows companies like ours to start on a small scale, and link development of these gas flares to captive or embedded power plants across the country. Currently, there is a great deal of focus on off-grid solar development, and if we apply the same strategy to small-scale gas-fired IPPs with feedstock from gas flares, it works for gas as well. Essentially, decentralization of small-scale gas development should occur at least until we have gas pipelines crisscrossing the nation. Rather than having gas fields connected to centralized pipelines, gas flares can be developed in isolation, and the gas evacuated via virtual pipelines after being liquefied. LNG with its 1,000km radius can serve markets removed from the grid that currently use kerosene or diesel. In addition, with solar applications in Nigeria not having a cost-effective storage system for larger generation capacity, mini-LNG can serve as a bridge and peak-generation solution that complements off-grid solar plants when there is no sunlight. This out-of-the-box hybrid solution is commercially viable and can be guaranteed by the funding secured by the Rural Electrification Agency (REA).