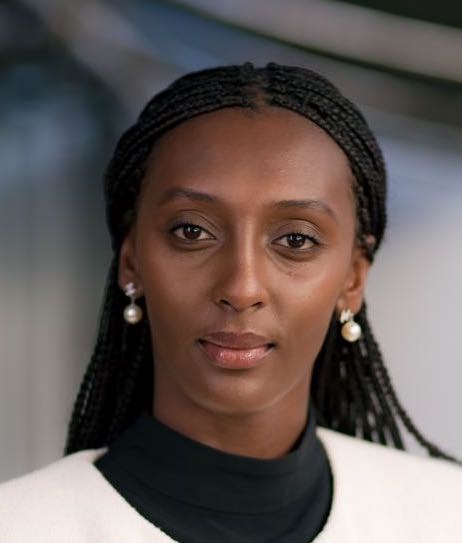 Gisèle Bayigamba is the regional director at Milbridge Holding. She holds an undergraduate degree from Fordham University in the US and an MBA from Warwick University, UK. She has extensive experience in the Angolan market, especially in manufacturing. Her strong work ethic, her drive for high performance, and her love for the continent have resulted in Milbridge Holding being one of the leading manufacturers in the region. Bayigamba aims to give women and young people greater leadership opportunities.

A manufacturing powerhouse, Milbridge seeks to ensure Africans are producing world-class products for other Africans.

Milbridge Holding specializes in the field of construction materials, mostly in manufacturing steel products. How has the company evolved since its foundation?

Milbridge Holding is a family-owned business whose founders are originally from Rwanda. Alex Bayigamba came to Angola during the civil war period, when he started importing construction materials. Despite the civil war, there was great potential in the economy, so he decided to stay. In 2005, he established Milbridge Holding with the idea of producing locally. First, it initiated the production of roofing sheets in Viana. The business was a complete success, with the factory producing 24 hours a day to support the demand. The company rapidly grew to then add more products like, tubes, wire mesh, and now cables. In addition, we recently also entered the plastic and industrial paints segment.

What are the main advantages of locally producing in Angola for Milbridge Holding?

Some years ago, the majority of items were imported, and there was no real industry within the country to support the needs of local consumers. Today, there is a clear vision from the government, in collaboration with commercial banks, to support and boost local production within the industrial sector. Beyond the institutional support, we have experienced an intense optimization in terms of operational costs. For example, electricity and labor are both affordable. The country is helping industries produce in a cost-effective way.

What are the advantages of being located in Viana?

When we first established our factory in Viana, there were barely any other factories. However, that has changed in the last few years. Viana has since become one of the most dynamic municipalities in Luanda, with more and more companies opening production centers here. It is actually becoming an industrial hub, not so far from the city center, with solid infrastructure, rapid connection to the city and in close contact with related companies that operate in the same sector along the value chain. We have identified several benefits of being located here, one of them being the cost of logistics when reaching our final consumers.

Can you elaborate on your overseas projects?

We have a factory in Dubai exclusively dedicated to cables. In addition, in Rwanda we have a cement plant with capacity of 600,000MT per annum and other related products for the civil construction sector. Beyond those projects, which have been ongoing for some years now, we have several international expansion plans from Angola. We want to gain some control along the supply chain by exploring how to source our raw materials locally to enable us to feed our different factories. Finally, we are ready to export some of our local production to neighboring regions including DRC, Congo Brazzaville, Zambia, and Namibia. We plan on starting on a small scale and later gradually increasing the volume of supply to those countries.

What strategies did Milbridge Holding implement to mitigate the effects of the pandemic?

The most restrictive lockdown in Angola lasted for one month. If we compare that to other countries around the world, we are grateful that the situation was not as dire. After that, there were different measures put in place, such as remote work. Many companies, including us, had not invested in the infrastructure that allowed people working remotely, so we had to quickly adapt to the new situation. Everything is about how you actually adjust and adapt to changing circumstances. For example, we had to make sure we had systems through which people were able to work from home.

The industrial sector stands as one of the most relevant to boost the future of the nation. What is your vision for the future of industry in Angola?

There are many investments currently coming in. This is positive not only for final consumers, but also for the sector as a whole. There will be a truly competitive space. We are ready for new challenges, although there is a great deal of work to do. The country is vibrant, and in the short term, we hope there will be more projects on the way. Specifically, Milbridge is focused on ensuring the company is able to sustain itself. We want to control the whole supply chain, as well as ensure we can export to near African countries. The vision of our founders, which is extremely clear, is to make sure Africans are producing, at a world class level, for other Africans. Wherever Milbridge can have a footprint, we will do our bit.

What is your advice for foreign companies that want to start their own operations in the country?

My biggest recommendation for them is to first get to know the market extremely well. Assumptions do not work well in Angola, and things that work well in Europe or other African countries might not prove true in Angola. There are many different specificities to Angola that have to be studied. Beyond that, I encourage them to come as there are many opportunities in the country. Competition is fiercer now, but if you find your niche and a reasonable competitive advantage, there is room for new entrants. With a well-executed plan, Angola has the potential to harbor successful business stories.